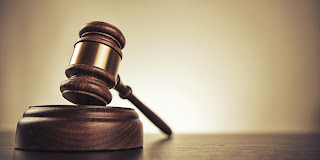 The Police on Wednesday, arraigned a 25-year-old woman, Morenikeji Oguntoyinbo, for allegedly stabbing a man on his neck.

The accused, whose address was not given, was in the dock at an Ikorodu Magistrates’ court in Lagos, on a two-count charge of attempted murder and grievous harm.

Oguntoyinbo, who is a job-seeker, denied committing the offences.

The police prosecutor, Sgt. Mary Ajiteru, however, told the court that the accused committed the offence on Oct. 16, at Benson bus-stop, in Ikorodu, at about 4:10 pm.

She alleged that the accused did unlawfully stab one Mr Emmanuel Ibeh with a broken bottle on his neck and caused him grievous harm. Ajiteru said the offence contravened Sections 230 and 245 of Criminal Law of Lagos state of Nigeria, 2015.

The Chief Magistrate, Mr W. B. Balogun, granted the accused bail in the sum of N1 million with two responsible sureties in like sum.

He adjourned the case until Dec. 6, for mention.