I Rate Myself Higher Than Femi Adebayo – Yemi Solade 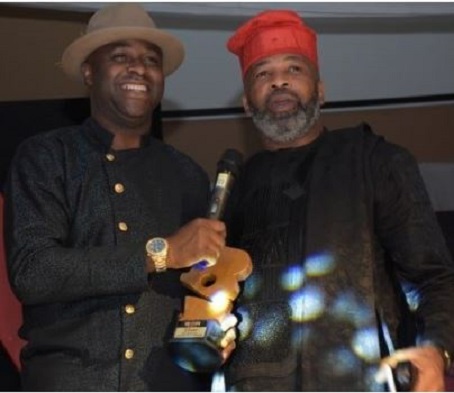 A drama unfolded at this year’s edition of the Best of Nollywood Awards ceremony when Yemi Solade and Femi Adebayo were both announced as the winner of the award for Best Actor in a Leading Role (Yoruba).

When it was time to take the award home, people wondered who would make the sacrifice and leave it for the other. Eventually, Yemi Solade asked Adebayo to take the plaque home.

Speaking with Sunday Scoop, Solade stated that he gave the plaque to Adebayo because he (Adebayo) lived in Ibadan, the host state for this year’s BON. He said, “I wasn’t surprised that the movie, Irolabi, did well. When I saw it, I thought I did a lot of work. When they announced two persons as the winners of that category, it was like a comedy but I guess they have their reasons. I gave the plaque to Adebayo since he stays in Ibadan. If they make another award, I will collect it. But I enjoyed the fact that I won the best actor and it is now part of my CV.”

Solade admitted that the category was very competitive, saying the other nominees, such as Bolanle Ninalowo and Adebayo, had a good year too. He said, “It was a competitive one but I think I deserved it and I needed the award as a reward for my effort this year. Some people felt I was old but it was about the role, not the age. I was given a role by a producer, Lekan Quadri, who I didn’t know before. Though we shared the award, I still rate myself higher than Adebayo because he played the lead role in his movie, Etiko Onigedu.”