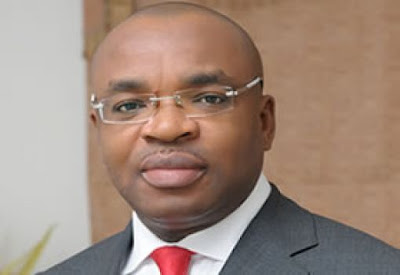 The Akwa Ibom State Government has rejected an application for the use of Godswill Akapbio International Stadium for the inauguration of President Muhammadu Buhari’s campaign in Uyo, capital of the state.

Instead, the government approved the Uyo Township Stadium for the presidential campaign, which is scheduled to start on Friday December 28.

A statement issued through the state Commissioner of Youths and Sports Development, Mr Monday Uko, said the refusal became necessary in view of the Nigeria Premier Football League season scheduled to begin on January 13, 2019 in Uyo.

It also claimed that the firm handling the maintenance of the stadium, Julius Berger Plc, had closed for the year and that it would be impossible to ‘regrass’ the stadium for the pre-fixed matches.

The statement partly read, “The Akwa Ibom State Government had received with gladness the notice of the proposed visit of the His Excellency, the President of the Federal Republic of Nigeria, Muhammed Buhari, on December 28 to our dear state.

“Consequent to this proposed visit, the Ministry of Youths and Sport is in receipt of the letter of application dated 19th 2018 requesting the use of Godswill Akpabio International stadium as the venue for the ceremony.

“Whereas we have sent a letter dated 20th 2018 in response to the application addressed to Honourable Ini Okopido, the state chairman of the All Progressives Congress, Akwa Ibom State, we are obliged, in the light of the unfortunate attempts by political actors and commentators to pit Akwa Ibom State against President Buhari and the presidency, to inform people of Akwa Ibom and the entire public of the reason for our inability to approve the use of the requested venue.

“As stated in our report, our inability is hinged on two grounds: that the next season of the Nigeria Premier Football league is scheduled to begin on January, 13th 2018. In view of this and the fixtures of the home matches for Akwa United, it will be practically impossible to regrass the stadium.”

It, however, said that the alternative venue was in perfect condition for the event.