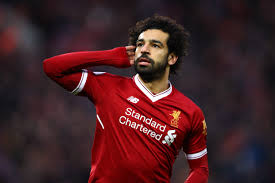 Egyptian football sensation, Mohamed Salah bagged a second successive BBC African Footballer of the Year award for 2018, defeating the likes of Sadio Mane, Medhi Benatia, Kalidou Koulibaly and Thomas Partey to the much-vaunted prize. Salah enjoyed a tremendous 2018, scoring 44 goals in 52 appearances for English Premier League side, Liverpool. Unfortunately, injury at the end of the 2017/18 campaign saw Salah fail to scale the same heights with Egypt at the 2018 World Cup, with the nation knocked out of the group stages in Russia.

Salah has been an inspiration to the next generation of Egyptian football fanatics, with followers on the streets of Egypt looking to emulate Salah’s achievements with some of the biggest clubs in the world. The BBC African Footballer of the Year award is becoming more popular by the year, with over 650,000 votes submitted for 2018, a record number in the history of the prize. Salah is now the first African footballer since Nigerian sensation, Jay-Jay Okocha to win back-to-back awards.

ADVERTISING
When interviewed by the BBC after his latest award, Salah looked back on a fantastic 2018 but insisted that his aim for the next 12 months was to “win something with the club [Liverpool] so everyone is excited”. Salah said that he is looking to “push himself every day” to try and “help the team win something” and there is every chance that something could be the English Premier League.

Liverpool currently find themselves seven points clear at the top of the EPL, with second-placed Manchester City having slipped up somewhat over the Christmas period. The Reds, managed by charismatic German coach, Jurgen Klopp, underlined their title-winning credentials with a 5-1 demolition of Arsenal during the festive season. Liverpool are now 8/15 favourites to win their first top-flight title since 1990 under icon, Kenny Dalglish. Those feeling confident about the Reds’ chances to topple Manchester City and become English champions for a 19thtime can also place one of many free bets available when you sign up to sportsbooks via Oddschecker.

Salah is also in pole position to bag the Premier League top scorer award for 2018/19. The Egyptian currently shares top spot with Pierre-Emerick Aubameyang and Harry Kane on 13 league goals apiece. Not only does Salah score plenty of goals, he has a hand in several others too. He is just two behind Chelsea’s Eden Hazard in the race to become the Premier League’s top assister.