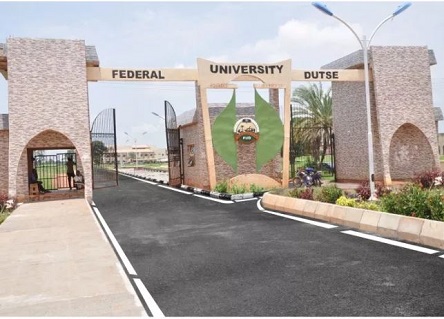 The Federal University, Dutse (FUD), Jigawa State, has recalled 40 out of 485 students it rusticated in the last academic session over poor performance and other sundry offences.

The university’s deputy vice-chancellor, academics, Abdulkarim Sabo, told PREMIUM TIMES how the expelled students were recalled “after the school went through their records” and discovered they were axed in error.

The university also graduated 558 students from different faculties; 14 of them made first-class degrees.

This newspaper reported how the 485 students were expelled.

After their expulsion, the university called on the affected students to submit their complaints.

The school on Thursday said it has now reinstated those dismissed “based on error or omission”.

“With the kind of technological innovation the university is fast adopting, the previous mistake would no longer be entertained in the school,” the professor said.

He added that the school has a modern method of teaching that makes teaching and interaction with students easier.

“The university has introduced free online teaching, because virtually every student has a smartphone which makes things easier for them. Teachers can upload their notes and students can be alerted on any assignment, and submitting assignment and marking are done online.

“Also the university has introduced a software for checking plagiarism to check the genuineness of publications from the university,” the official said.

Bad eating habit, unhealthy foods, not sleeping well, lack of exercise and too much stress can trigger inflammation in your ...