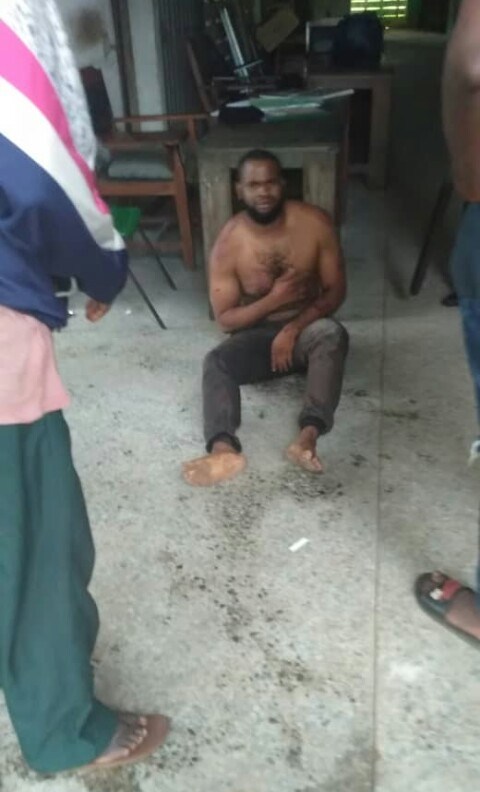 A Biological Science student of the Federal Univeristy of Technology, Owerri, ( FUTO) has been arrested after an alleged failed attempt to use one of his colleagues for money ritual (Yahoo plus).

The incident happened overnight at a hostel, Bliss Mansion, in Umuchima, Imo State. During interrogation, the suspect revealed that he decided to take the action so that his “Yahoo” involvement can start going smoothly.

Recounting how he managed to survive, the victim, identified as Daniel, said: “He called me, at night, appealing to me to allow him sleep over at my place and I sent him my address.

When he arrived, he told me how he was arrested by the police. He said he doesn’t want more troubles, so he decided to lie low at my place.

Some minutes past 12:00am, he came to the bed telling me that the music I was playing was disturbing him because he hasn’t slept for about two days.

Suddenly he started chanting incarnations. I initially thought it was funny, until he started asking me why I haven’t slept off yet. I told him I would sleep when the time comes, although secretly, I was praying.

At 2:00am he started beating me up and when I was shouting, he told me that no one can hear my voice. I struggled with him for so long, destroying the properties in my room.

At 2:30am, my lodge mates started coming to my rescue and by God’s grace, I could open the door for them. He also told me that his plan was that in the morning, he would collect money.”