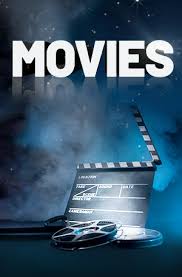 From Bones and All to Black Panther 2, here are the best upcoming movies

For director Ryan Coogler’s Black Panther: Wakanda Forever, the profound challenge was how to make a sequel after the death of Chadwick Boseman. Backing up comments made by Kevin Feige, production and development VP Nate Moore recently clarified one point: “As hard as it is narratively to figure out what to do, because that’s a big hole, at no point did we consider recasting.”

Duke (M’Baku) describes the filmmaking experience as “emotional”: “We’re all a bit of a family now and we grieve together, and we’re making something really special.” Fit for a king, then.

Set in the 1980s, Bones and Allis the coming-of-age story of two teen cannibals Maren (Taylor Russell) and Lee (Timothée Chalamet) as they go on a 1000-mile road trip across America.

The Fabelmans is inspired by Steven Spielberg’s experiences growing up in Arizona, which the director has often spoken about as being a big inspiration for his filmmaking, the first time he’s properly explored his early years on screen. The movie also marks the first time since 2001 that Spielberg will be involved in writing the screenplay for one of his movies.

Michelle Williams and Paul Dano are playing roles inspired by Spielberg’s parents, and Seth Rogen who’s playing a character based on the director’s favorite uncle. The film will follow Sammy Fabelman from the ages of seven to 18, as he discovers a shocking family secret.

The Whale stars Brendan Fraser as Charlie, a 600-pound man living with severe obesity. The film follows him as he tries to reconnect with his 17-year-old daughter (Sadie Sink) while suffering from the illness.

Despite the exceedingly long wait – Avatar arrived to smash box-office records back in 2009 – the sequel is nearly upon us. So what took so long? In large part, producer Jon Landau says, it was down to writing not one but four scripts for the planned series of sequels up to Avatar 5.

“The scripts are the blueprint from which we work,” Landau tells Total Film. “So a large portion of our time was writing… with the challenge that each of those four scripts had to individually resolve itself in a story that concludes with a big emotional resolution – but when you look at them as a whole, the connected story arc of all four movies creates an even larger epic saga.”

Avatar 2 specifically picks up with the Sully family, and as much time has elapsed in the story world as in reality. Jake (Sam Worthington) and Neytiri (Zoe Saldana) are now parents. “I think the story of Avatar 2, and the strength of the story, is what Jim [Cameron] always does in any of his movies: he writes in universal themes that are bigger than any one genre,” explains Landau. “And if you think about this, there’s really no more universal theme than family. At the center of each of our sequels is the Sully family. What are the dynamics that parents go through to protect their family?”

The Sullys’ idyllic life is disrupted when the RDA mining operation returns to Pandora, forcing Jake to take the family to “what is perceived as a safe harbor” at the reef. “And when you get to the reef, there’s a clan we call the Metkayina,” continues Landau. “The Sullys are no longer in the environment that they know, the rainforest. They become the fish out of water. They become the fish out of water both culturally and just environmentally.”

Directed and written by Noah Baumbach, White Noise is an adaptation of Don DeLillo’s 1985 bestselling novel of the same name.  Prof. Jack Gladney (Adam Driver), a Hitler studies professor who is overly concerned with the inevitability of death, has his world turned upside down when a cataclysmic train accident disperses chemical waste all over the town, creating an apocalyptic occurrence known as “The Airborne Toxic Event.” The film also stars Greta Gerwig, Andre Benjamin, Jodie Turner-Smith, Don Cheadle, and Lars Eidinger.