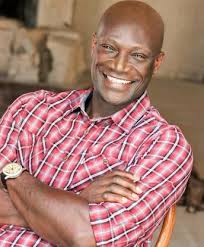 This Is Peter Mensah, a Ghanaian-British actor, From the Brong Ahafo Region

His most prominent roles was as Oenomaus in Spartacus. He was a gladiator trainer in Batiatus’ Ludus, traditionally referred to only by the title of ” Doctore”.

Many didn’t know he was Ghanaian-English actor, best known for his roles in the films

He has had roles in Avatar, Kevin Hart what Now, Tears of the Sun, Hidalgo, 300, and Dead Space, and more recently on the Starz original series, Spartacus: Blood and Sand, Spartacus: Gods of the Arena, and Spartacus: Vengeance.