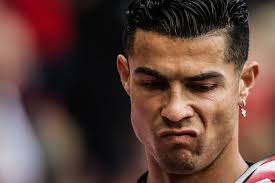 Manchester United manager, Erik ten Hag and the players are “extremely disappointed” with the manner and timing of Cristiano Ronaldo’s interview.

In the explosive sit-down with Piers Morgan, Ronaldo claimed he has been “betrayed” by the Reds Devils and has no respect for Ten Hag.

According to Sky Sports, the club only found out about the interview as they flew back from London following their 2-1 win over Fulham.

They also do not understand why Ronaldo has said what he has said and they are disappointed that he would disrespect the club, his manager and team-mates in this way.

Ronaldo was informed on Thursday that he would not be starting against Fulham but he would have been in the squad. He then told the club he was ill.

United went on to win 2-1 at Craven Cottage, with Alejandro Garnacho scoring a last-ditch winner.