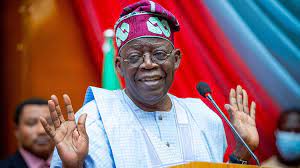 The Peoples Democratic Party has said that it has every option to challenge the candidacy of the presidential candidate of the All Progressives Congress, Asiwaju Bola Tinubu, including his eligibility to contest the 2023 general elections having been allegedly indicted and subjected to criminal forfeiture judgement for a narcotic related offence by a United States Court in Northern Illinois, Chicago.

This was made known by the Publicity Secretary of the party, Debo Ologunagba, at a press conference held at the party’s Secretariat on Sunday in Abuja.

Ologunagba stated that the APC presidential candidate is “ineligible to contest the February 2023 Presidential election having been reportedly indicted and subjected to criminal forfeiture judgement for a narcotic-related offence by a United States Court in Northern Illinois.

“Nigerians are however appalled by the lame attempt by the APC Presidential Campaign which, after admitting that there was a $460,000 drug money criminal forfeiture judgment against accounts traced to the APC Presidential Candidate, is now desperately trying to pull a wool over the eyes of the Nigerians people and our democratic institutions.

“Seeing that it is technically out of the Presidential contest and further distraught because it cannot also field candidates at all levels in the 2023 general elections due to its illegal and unconstitutional congresses, the APC has resorted to unleashing hoodlums to attack PDP Presidential Campaign rallies and other innocent Nigerians going about their legitimate endeavors as witnessed in Kaduna and Borno States, in a bid to trigger crisis and scuttle the elections.”

The spokesperson added that by the provision of Section 137 (1) (d) of the Constitution of the Federal Republic of Nigeria 1999 (as amended) Asiwaju Tinubu is not eligible to contest the Presidential election in Nigeria.

He noted for emphasis the US Court “Ordered that the funds in the amount of $460,000 in account 263226700 held by First Heritage Bank in the name of Bola Tinubu represent proceeds of narcotics trafficking or were involved in financial transactions in violation of 18 U.S.C. S1956 and 1957 and therefore these funds are forfeited to the United States pursuant to 21 U.S.C. S881(a)(6) and 18 U.S.C S981.”

However, the APC Presidential Campaign Council has fingered the Peoples Democratic Party and the Labour Party as responsible for the sponsorship of fake news against Tinubu in a bid to disqualify him.

In a statement on Sunday, the Director of Media and Publicity of the PCC, Bayo Onanuga, called on the police to investigate the circulation of the forged INEC statement and serve justice to those responsible.

He said, “The opposition Peoples Democratic Party and its subsidiary Labour Party having realised they have no sure path to victory in the February 2023 presidential election upped their campaign of calumny, disinformation and misinformation on Saturday by sponsoring fake news against the APC presidential candidate, Asiwaju Bola Ahmed Tinubu.

“They did it by forging the letterhead of the Independent National Electoral Commission and the signature of its national commissioner, Festus Okoye. The forged statement purportedly issued by INEC was disseminated to deceive the gullible public that INEC was investigating allegations against Asiwaju Tinubu that, they desperately hoped, will ultimately lead to the disqualification of the frontline APC presidential candidate.

“This inglorious path has been taken before since 2003 and in the run-up to the primaries of the ruling APC that produced Asiwaju Tinubu as the presidential torch bearer. Those who took this damned path of infamy lost their bet because Asiwaju Tinubu stands rock solid and indestructible.”