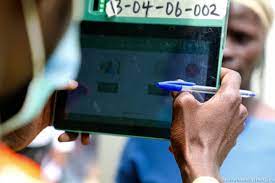 The Independent Electoral Commission (INEC) in Plateau said that the commission would not back down on the use of BVAS in the 2023 general elections.

The state Electoral Commissioner, Dr Oliver Agundu, said this during a meeting with party leaders and candidates in Jos on Wednesday.

Agundu stated that the commission was ready to deliver the most credible and transparent elections the state ever witnessed.

“Let me bring to your notice that there is no going back on the use of BVAS for the 2023 general elections.

“Candidates should not deceive themselves but concentrate their energy on campaigns to canvass for votes, as everything will be transparent and in fairness to all parties.

“I want to also assure you that we are ready to deliver the most credible and transparent elections the state has ever witnessed,” he said.

Agundu appealed to all stakeholders to always seek information from official sources in the commission than building stories based on assumptions and hearsay.

He said rumours and fake news were deadly weapons capable of causing chaos and upheaval, especially in a politically charged society such as Nigeria.

The commissioner warned politicians to desist from visiting his home and unofficial venues but visit his office in the commission for business transactions.

He called on the public to visit collection centres for their PVCs as the collection was generally very poor.

Dr Patrick Dakum, governorship candidate on the platform of the Labour Party, commended the commission for the meeting, promising to have hitch-free campaigns, free of rancor.

Dakum promised to encourage their followers to collect their PVCs during campaigns to enable them to vote during the elections.

The News Agency of Nigeria reports that the PDP, APGA, LP, among others, were present at the meeting with the ruling APC visibly absent.