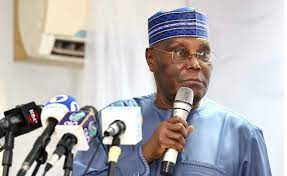 Musa Ardo, the spokesperson of the group, who made the declaration in Yola on Wednesday, said their decision was due Atiku’s track records in Nigerian politics.

According to him, the group have unconditionally adopted Abubakar as their candidate and they cannot shift their support to any candidate.

He further noted that the group has also endorsed the incumbent Gov. Ahmadu Fintiri for reelection .

He urged their members to work hard towards the success of their candidates at both the presidential and the governorship elections.

Ardo also charged members to go out to Fulani communities and settlements to canvass for votes for the duo, saying “we would not relent.”

Musa Adamu, the state chairman of the group, also directed all members of the group to deliver the unanimous message to the grassroots.

The News Agency of Nigeria reports that the group had distributed Kolanuts as a mark of cementing and solidifying the covenant between them.