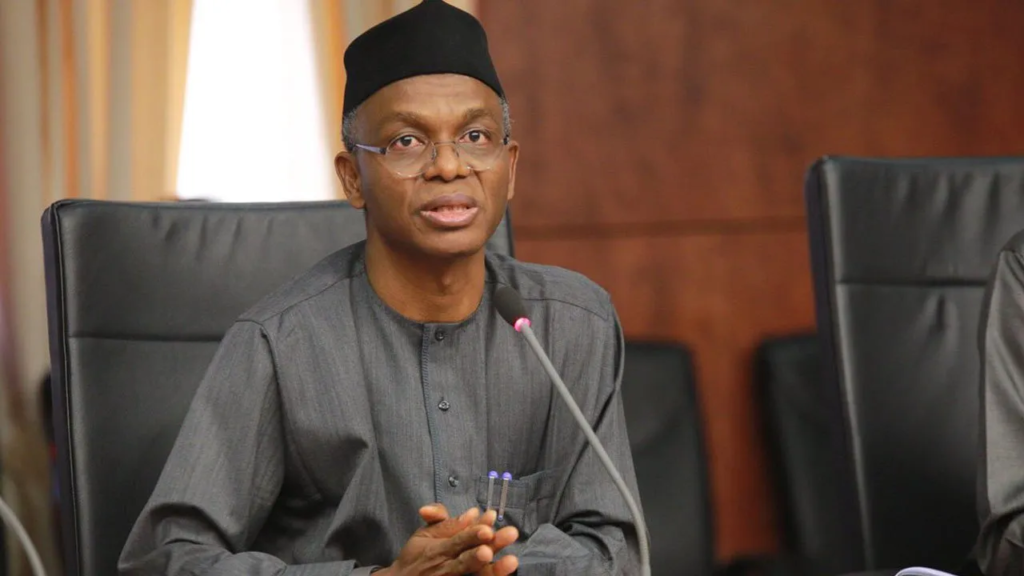 Spokesperson for the North-West (APC) Presidential Campaign Council, Muhammad Shehu Molash, said in a statement that the rumor in circulation that El-Rufai said that in  a short video clip was the handiwork of mischief makers.

Molash said: “Social media space has recently been brimming with a  mischievously circulated video of Governor El-rufai, ostensibly, making reference to the  Tinubu.

“But to set the records straight, the said interview was conducted months ago, where El-Rufai was asked questions, ranging from the rumoured vice presidential bid to a purported ministerial ambition and senatorial bid, which ‘mischief makers’ alleged that he has asked his erstwhile chief of staff to vacate his ticket for him.

“El-Rufai responded intelligently (in the video clip) by reminding the reporters that having been a minister 20 years ago and governor since 2015, he is contented with what the Almighty has done for him.

“He further added that as a mentor who has raised capable mentees, he ought to give way for the younger generation to play their role in the next government, even though Asiwaju Bola Ahmed Tinubu himself is still insisting that he must be part of the incoming government, in 2023 God’s willing.

“That was the part that they have been mischievously circulating with a different subject to suit their sinister agenda.

“Recall that at the KADINVEST 7.0 in Kaduna, Asiwaju Bola Ahmed Tinubu had to publicly threatened not to leave the podium until he extract a commitment from El-Rufai that he will work with him.

“With almost 23 million  voters; President Buhari; six out of seven governors; 15 Senators; 1/3 of APC members in the house of reps, among hundreds of state house of assembly members, the North West geo-political is the most politically comfortable zone for Asiwaju Bola Ahmed Tinubu and the APC in general.

“Therefore, desperate politicians and political hawks have resorted to ‘cut and join campaign of calumny’ to create a political upheaval in the APC’s biggest stronghold in Nigeria.

“Apparently, the APC’s presidential campaign flag-off in Jos, where President Buhari, all the 22 APC state governors, all APC chieftains and millions of party supporters attended, has rattled them.

“Hence, their incessant  attempt to create a rift between our presidential candidate and one of his front line ‘political commanders’ in the North West.

“The North West APC presidential campaign shall continue to focus on winning all the seven states, 186 Local Governments and 2004 wards in the Zone for Asiwaju Bola Ahmed Tinubu, regardless of the endless distractions by these political entrepreneurs.

“The political harmony in the APC, various infrastructure development projects by the APC led administration and improved security in the North West, particularly in Kaduna, Katsina and Zamfara, has obviously left them without cheap political points to hang on to,” he said.