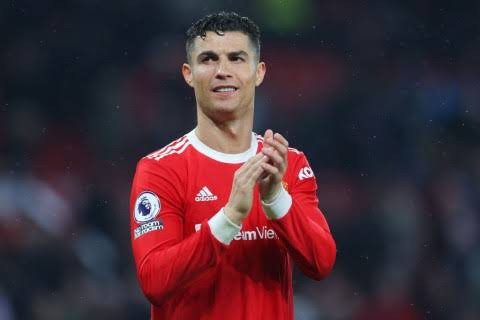 A statement issued from Old Trafford on Tuesday evening confirmed the Premier League club had reached a mutual agreement with their legendary No7 to terminate his contract.

The announcement read: “Cristiano Ronaldo is to leave Manchester United by mutual agreement, with immediate effect.

“The club thanks him for his immense contribution across two spells at Old Trafford, scoring 145 goals in 346 appearances, and wishes him and his family well for the future.

“Everyone at Manchester United remains focused on continuing the team’s progress under Erik ten Hag and working together to deliver success on the pitch.”

Ronaldo, 37, is in Qatar preparing for Portugal’s first World Cup group game with Ghana on Thursday.

His own statement read: “Following conversations with Manchester United we have mutually agreed to end our contract early.

“I love Manchester United and I love the fans, that will never ever change.

“However, it feels like the right time for me to seek a new challenge.

“I wish the team every success for the remainder of the season and for the future.”

Ronaldo first joined Manchester United in 2003 as an 18-year-old and in a successful six-year spell, which included winning the Champions League in 2008, he scored 118 goals in 292 appearances.

After 12 years away at Real Madrid and Juventus he was back at Old Trafford for the start of the 2021-22 season, going on to become United’s top scorer in the Premier League with 18 goals in 30 games.

He had also declared that Manchester United had made “zero progress” since his first stint with them under their most successful manager, Sir Alex Ferguson.

Reacting to the news on BBC Sport, former team-mate Rio Ferdinand said: “I think both parties will be delighted now.

“He obviously did that interview with the mindset he wanted to get out the club as he wasn’t happy and he made it very clear.

“But I also think Ten Hag has got what he wanted. Both parties are happy.

“Move on. Next chapter for Cristiano Ronaldo.”