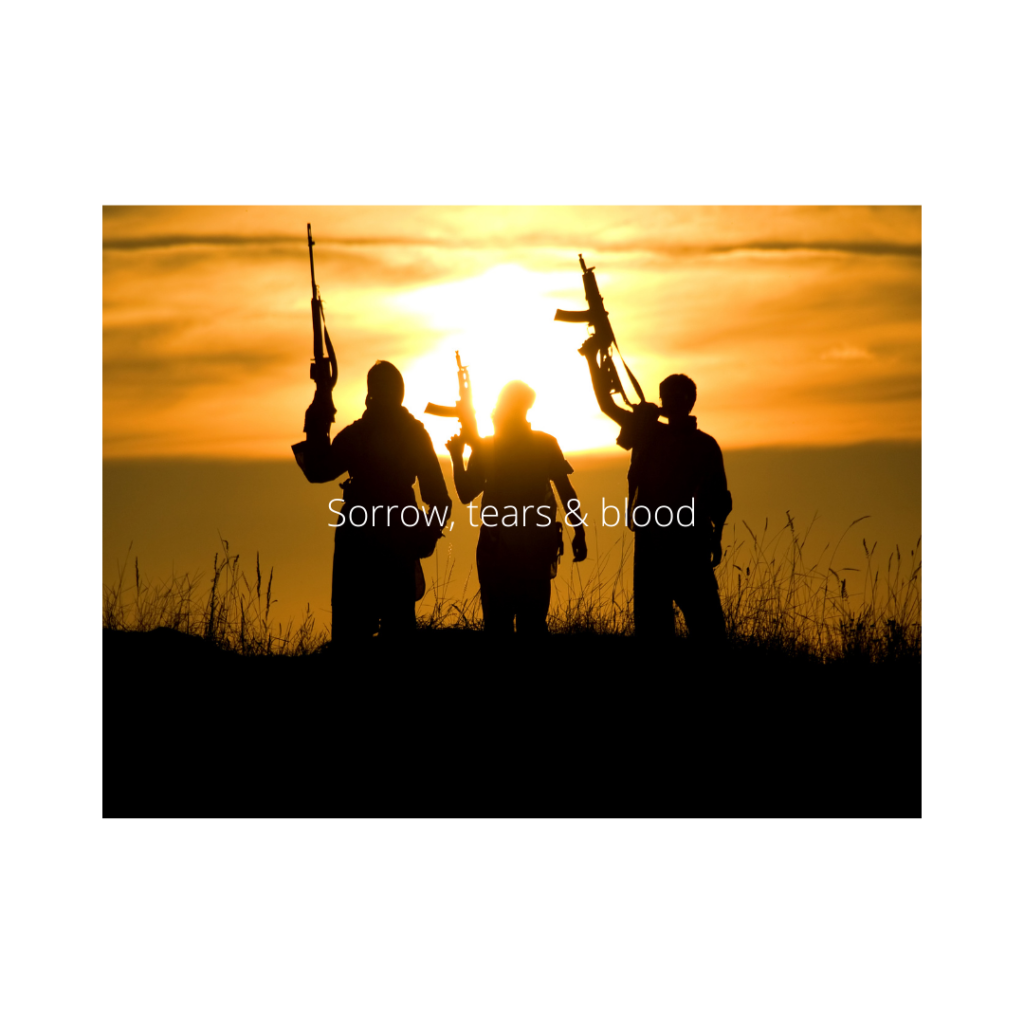 It is doubtful how far a country so poorly secured as Nigeria can travel along the path of national
development. What is in no doubt is that in the last decade, terrorism has whipped up insecurity
in Nigeria, giving a dangerous bend to the many problems Nigerians had become accustomed
to grappling with.

Global and International Terrorism Research & Analysis group, a body which specializes in
collating data on terrorists’ activities worldwide, Jihad Analytics disclosed last month that Nigeria
ranked the second most attacked and terrorized country in the world with only Iraq being the
first and Syria ranked third.

In its reaction, the pan Yoruba Socio-political organisation, Afenifere, said the ranking shows a vote of no confidence in the Muhamadu Buhari administration.

Afenifere’s National Publicity Secretary, Mr Jare Ajayi, said: “It’s a dangerous thing if on the negative side, Nigeria is ranked in the whole world after Iraq. As we all know, Iraq just went through a devasting war immediately after the removal of Saddam Hussein but Nigeria did not go through such.

“For that, there is no basis whatsoever why Nigeria should be in this kind of situation. It is a negative mark on the Buhari government, which has been on in the last seven years and a vote of no confidence in his administration.

Agreeing with the ranking, Ohanaeze Ndigbo declared that insecurity in Nigeria would persist
as long as the wrong approach is deployed to tackle it.

In a statement the National Publicity Secretary, Dr. Alex Ogbonnia, Ohanaeze Ndigbo said: “Ohanaeze has questioned the rationale behind the current insecurity catastrophe as the outcome of poor policy options.

“Secondly, the federal government is highly insincere in the fight against terrorism in Nigeria. It is very curious that the members of Boko Haram are treated with kid gloves even when they kill, maim and displace their victims.

“Third, the gestapo style and precision with which terrorists overwhelmed the security operatives
and picked the members of Boko Haram at the Kuje Correctional Centre leaves much questions
than answers.

“In sum, we do not really believe that any country is higher than Nigeria on insecurity, rather that
insecurity in Nigeria is underrepresented.

“This is because, while the insecurity in some other countries such as Syria and Iraq are one directional, the sources of insecurity in Nigeria are multifaceted. They include Boko Haram, Fulani herdsmen, unknown gunmen, banditry, kidnappings, cultism, corruption, fetishism, night marauders and hoodlums, etc.”

This news while sad, should not come as much of a surprise to observant Nigerians, given everything that terrorists who started out as a group of ragtag militias have continued to throw at Nigeria for more than a decade now. The ranking is further proof of that.

Iraq continues to be tormented by both domestic and international terrorism. Since the United States invaded the gulf nation at the turn of the century, the country has never recovered, nor stayed far from the precipice of war.

The Syrian war which has gone on for more than a decade now has plunged a once peaceful
and prosperous country into the abyss of insecurity, poverty and despair. It tells a disturbing story that today, it is terrorism that is defining Nigeria`s narrative on the international scene.

They say where there’s life, there’s hope; but it will take decades of hard work and sacrifices if Nigeria is to ever recover what terrorism has stolen from it. And continues to steal from it.

Spread the love The International Monetary Fund has said that Nigerians should brace up for higher food prices/ risks in ...