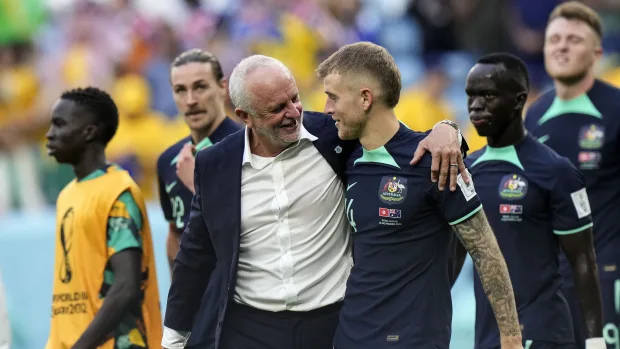 Australian Prime Minister, Anthony Albanese has celebrated the Socceroos’ win over Tunisia in Group D of the 2022 FIFA World Cup in Qatar.

Australian Ppipped the carthage Eagles of Tunisia 1-0 at the Al Janoub Stadium.

Mitchell Duke scored the decisive goal in the game for Australia in the 23rd minute, heading in a cross.

Albanese lauded the Socceroos on Twitter after the game.

Australia will play Denmark on the final day of Group D on Wednesday, November 30 at the Al Janoub Stadium, while Tunisia will clash with France on the same day at the Education City Stadium.

The Socceroos have three points from two games and The Carthage Eagles have a point.