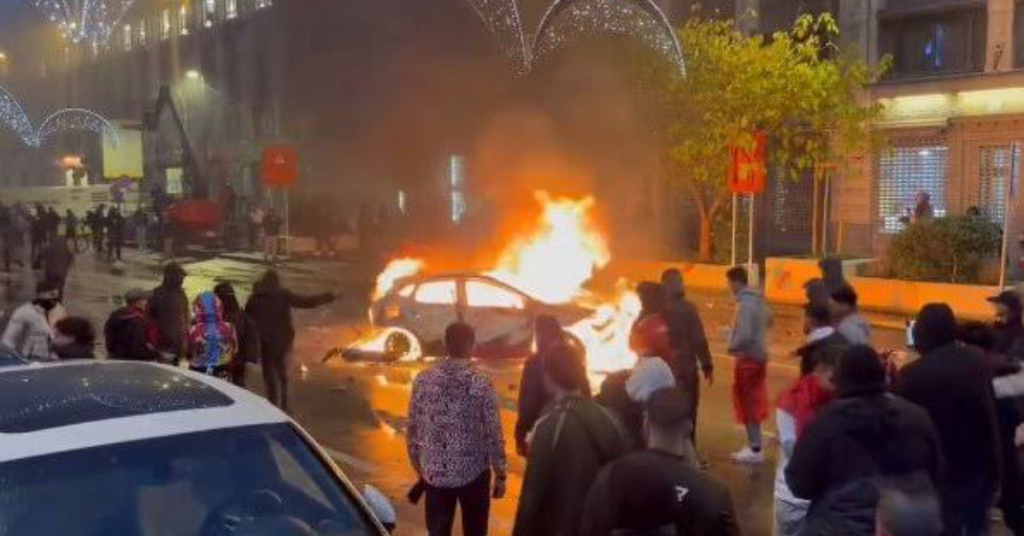 Qatar 2022: Riots Broke Out In Brussels After Morocco’s Shock Win Vs Belgium

Police were forced to seal off parts of Brussels as they tried to disperse crowds.

Cars were pelted with bricks and steps were set on fire, while one person suffered facial injuries, according to Brussels police spokeswoman Ilse Van de Keere.

Philippe Close, the mayor of Brussels, urged football fans to stay away from the city centre and said authorities were doing their utmost to keep order in the streets.

Subway and tram traffic had to be interrupted on police orders.

The Atlas Lions’ win was a big upset at the World Cup and was celebrated by fans with Moroccan immigrant roots in many Belgian cities.

Abdelhamid Sabiri gave Morocco the lead in the 73rd minute, before Zakaria Aboukhlal clinched the victory in stoppage time.

The result means Belgium are likely to need a win over Croatia in their final group match to qualify for the knockout stages.