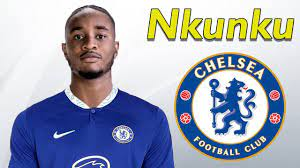 Chelsea are closing in on Christopher Nkunku deal on both player and club side, here we go soon

Medical already done as reported in September, it was completed together with Chelsea staff.

Long term deal already agreed also on player side, as agreement was ready since long time and now in place.

All parties are still waiting to sign contracts to call the deal done and sealed – but it’s verbally agreed.

Important detail: the deal is agreed for June ‘23 and not for January as things stands, up to Chelsea.