A few days ago, Nigerians awoke to the rude shock of the President announcing and celebrating the demise of insecurity in the Northeast and the rest of the nation.

This naturally sparked a frenzy of reactions from bemused Nigerians nationwide. Many of whom pointed to the recent Edo railway kidnappings, and other similar incidents currently happening in Nigeria.

Was this a tongue-in-cheek comment, or the ramblings of a deluded leader who has forgotten his responsibilities?

The primary purpose of the federal government is to ensure the security of lives and property for citizens and those who come into the country’s geographical space, either as residents or tourists.

A government that cannot guarantee this purpose calls into question its very essence and legitimacy.

In the same week that President Muhammadu Buhari claimed that Nigerians are more secure under his administration than that of his predecessor, at least 218 people were killed by non-state actors across the country.

The president in an interview on Channels television insisted that his administration had largely succeeded in tackling the country’s security woes.

At the palace of the Emir of Damaturu on January 9, he quipped about there being “a deliberate attempt to destroy Nigeria, but God did not permit it. God has helped Nigeria to bounce back.”

A few days later at a presidential rally for Tinubu, he added: “In the North-East, God has helped us to clear Boko Haram….”

And also claimed that the economy had “picked up.”

These remarks came despite persistent attacks on citizens in almost every part of the country, and against a backdrop of hyperinflation, increasing poverty and a N77 trillion national debt.

Meanwhile just last week, between January 2-8, at least 218 people were killed in separate incidents across the country, compared to the less than 30 in the previous week.

One of the incidents last week was in Zamfara State where bandits ransacked five villages and killed over 200 persons, which led to the frustrated governor,  Bello Matawalle, threatening to arm his defenseless subjects.

Eight years ago, when Buhari came to power, Nigeria’s prominent security concern was Boko Haram terrorism, which was mostly limited to the North-East and Borno State in particular.

The dollar exchange rate was also hovering at just under 200 to the naira.

Today, Nigerians have seen the emergence of “bandits”, “unknown gunmen”, and pockets of equally deadly violent actors worsening the country’s security problems; the economy is in total shambles with a global recession looming on the horizon, and an all/time dollar rate of 800 to the naira.

A retired army general, Buhari, as president was expected to bring some of his experience to bear in solving the country’s security challenges, but these, as data and increasing cases show, have worsened over time.

A retired army general, Buhari, as president was expected to bring some of his experience to
bear in solving the country’s security challenges, but these, as data and increasing cases show,
have worsened over time.

“A new President, regardless where he is from, is already so very avoidably unfortunate, and
owes it all to his predecessor,” said Aliyu Umar, a retired Army general. “I really do not see
PMB’s successor having fond memories of him, given the load of trials he is certainly going to
have to contend with, post May 29, 2023.”

Nigeria’s next president will be inheriting mounting security challenges when President Muhammadu Buhari finally leaves office. But our brand of insecurity doesn’t necessarily concern only criminal elements; it also has to do with food insecurity, floods, drought, and locust swarms affecting the country’s key agricultural areas, without much in the way of government intervention. 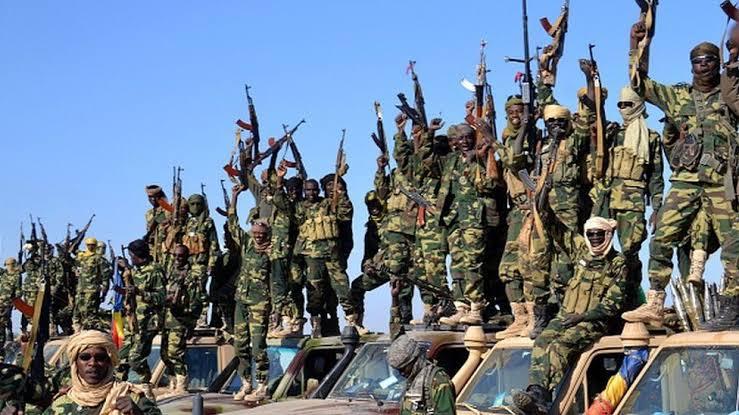 How much is the life of a Nigerian worth to this government?If the current state of affairs is any indicator, this is a question probably best left unanswered.