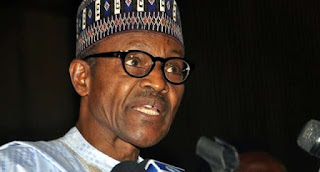 Muhammadu Buhari said yesterday that it was sad that the People’s Democratic Party (PDP) allowed the country’s infrastructure to rot completely when there were enormous resources at Nigeria’s disposal between 1999 and 2014.

Speaking while receiving the outgoing British High Commissioner to Nigeria, Paul Arkwright, in a farewell audience at State House, Abuja, the President said: “Our focus now is on infrastructure; roads, rail, power and others.

“How I wish we had fixed all those when we had money. What we earned between 1999 and 2014 is on record, but nothing was done to infrastructure.

“Now, we are doing a lot more, with a lot less resources. And we shall continue to do our best.”

Buhari, in a statement by the Special Adviser on Media and Publicity, Femi Adesina, hailed the outgoing High Commissioner for his warm and pleasant disposition, which has seen him traversing almost the entire country.

“I always see you all over the place,” the President noted.

Arkwright, who spent over three years in Nigeria, said he visited 30 of the 36 states and found the people quite enterprising and engaging.

He added that the British government would be glad to offer a helping hand as required in any part of the country.

He thanked President Buhari for his support, adding that the relations between Britain and Nigeria have improved tremendously in the past three years.

Buhari also said yesterday that Nigeria’s democracy is steadily improving with deeper understanding of the culture and tenets among the people and strengthening of the institutions that guarantee free and fair elections.

The President, who spoke while receiving Governor-General of Canada Julie Payette at the Presidential Villa, said he saw the evolving strength of democracy in the country by contesting for elections three times before winning at the fourth trial in 2015.

Read also: Buhari towers above Obasanjo, Atiku in integrity, says APC spokesman
Buhari, in another statement by Adesina, told the Governor General that Nigeria had been learning from the mistakes of those who practiced democracy for a longer period and by looking inward at its own peculiarities.

“I emphasise free and fair elections at all times,” he said.

The President said the bilateral relations with Canada would continue to be improved on considering the huge interest of the country in Nigeria and growing economic ties, with many Nigerians schooling and working in the Commonwealth country.

The Governor General said Nigeria and Canada enjoyed a warm and strong partnership that has translated into ease of migration, large trade relations and cultural exchanges.

Payette, who is an astronaut, said it was important for nations to pool resources together to start exploring the benefits of space in providing solutions to some problems on earth.

The Governor General noted that the world would achieve more by de-emphasising geographical differences and refocusing its energy on the commonality of humanity.

She noted that from space, one can only see an earth without borders.

Rt. Hon. Payette said her visit was about showcasing “youth, innovation and technology”, adding that Canada would like to partner with Nigeria in the ongoing diversification of the economy.

“We wish you free and credible elections in 2019,” she said.

Speaking with reporters at the end of the meeting, she stated that the two countries have resolved to deepen bilateral relation in the areas of trade and commerce, education, security, science and space technology advancement.

Payette, who is accompanied on the visit by eminent Canadians, including government officials, members of parliament and members of the business sector, noted that Nigeria and Canada had been friends and partners for decades.

Appearing before the judicial panel in Ogun State, Mr. Kamol Ganiu one of the victim of the SARS brutality described ...

Less than two weeks to the September 19 election, confusion has struck the Peoples Democratic Party and Governor Godwin Obaseki ...

Rumours that the Independent National Electoral Commission INEC is planning to shift the September 19 governorship election in Edo state ...