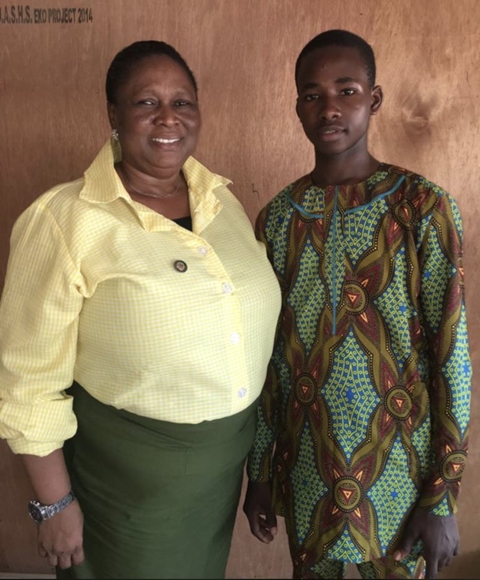 The school principal and the student that switched roles

A Twitter user identified simply as Dammy Daggz (@daggz_1), has taken to the social networking platform to share some photos of his mother who switched role to be a student.

According to the young man, his mother who is a secondary school student, exchanged her role with a student who recently won a competition in the school.

Dammy shared the photos and wrote: “My mum is legit goals, a student won the competition of being a one day principal and she switched roles and became a one day student.” 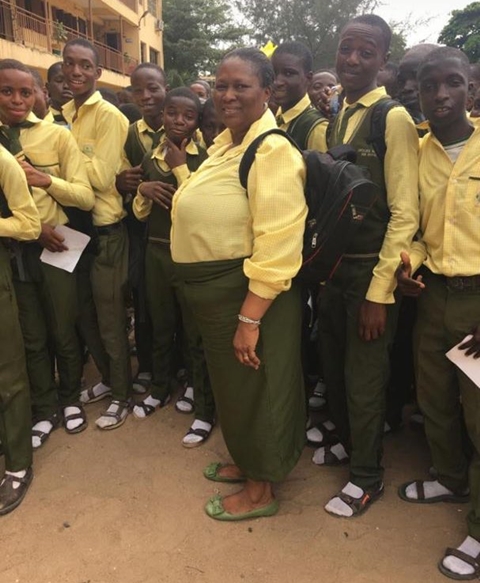 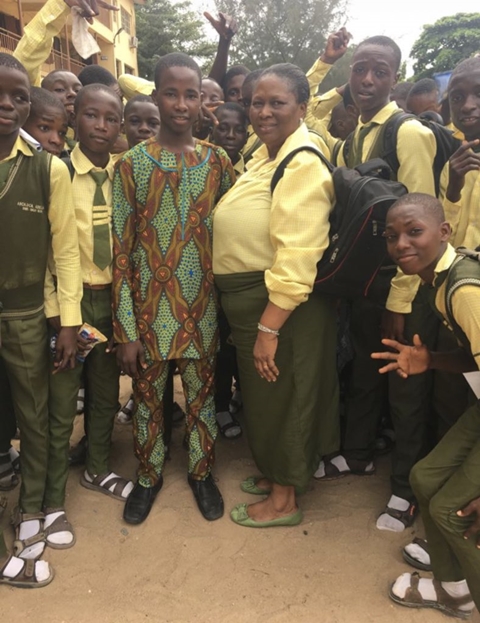