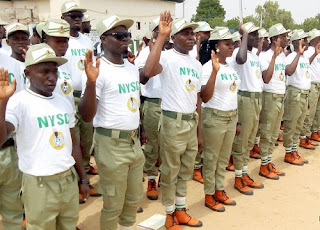 Recall that as a result of the heightened tension the herdsmen crisis generated in Benue at the beginning of this year, which led to the suspension of the posting of corps members to the state.

But Director-General of the NYSC, Brig.-Gen. Sule Kazaure, shelved the idea when Governor Ortom visited him at the NYSC headquarters, in Abuja, and gave assurances that corps members would continue to be posted to the state.

A statement signed by the Chief Press Secretary to Governor Ortom, Terver Akase, added that the Governor had earlier assured the NYSC Director-General that his administration had taken proactive measures to guarantee the safety of all corps members posted to the state.

“He (the Governor) said the security situation in Benue has improved significantly with the presence of Operation Whirl Stroke, describing as unnecessary, reports which inflamed fears leading to the suspension of corps members’ posting to the state.

“The governor reaffirmed the determination of his administration to sustain its collaboration with security agencies to safeguard lives and property,” Akase noted.