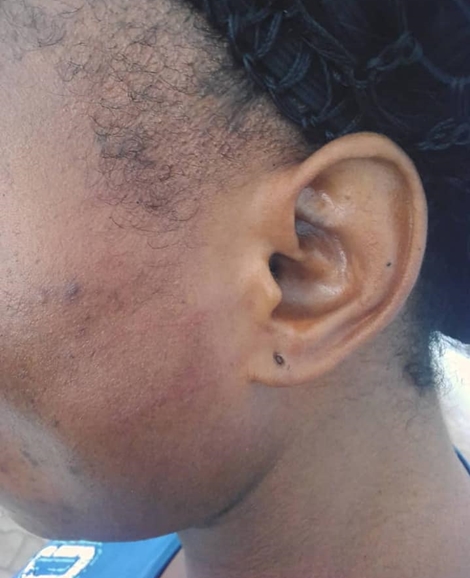 The victim of domestic violence

A television and media personality, Lara Wise, has taken to her Facebook page to share the agonizing story of a Lagos-based married woman who was battered and inflicted with injuries on her by her husband, after she refused his request for oral s*x.

According to Lara, who shared the story on the social networking platform, the woman has suffered domestice violence from her husband for many months just because she refused to give him a ‘blow job’.

Read how she narrated the story in full below;

“What I want to tell u is that make that church ur new home don’t bother come to my house cos u won’t believe what I will do to u.make sure pastor becomes ur husband from today n anything u need collect it from pastor.

If u want to remain in ur matrimonial home as u said then u must do whatever I ask u to do,if not from today u will not av peace with me except u abide by my rules.

Dat’s message from XXXXXXX dis morning ooo he has be beating me dis morning bCOs he want me to be socking his pennis. I spent the better part of yesterday on this horrible case of matrimonial abuse. 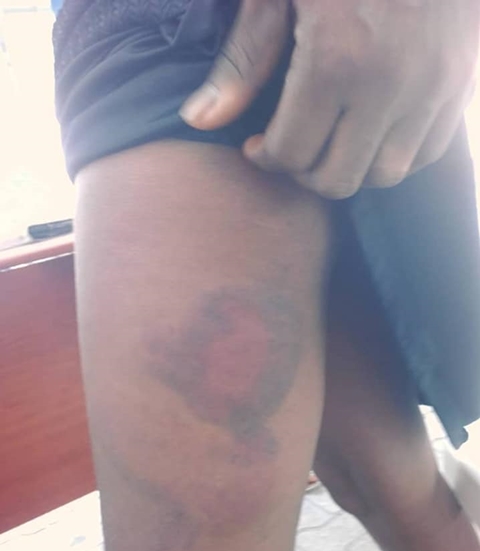 Someone called from the hospital where the man had driven his wife to after beating her to a pulp. He beat her up, drove her to the hospital, dropped her there and drove away.

The hospital staff said this girl is a regular here and for the same reason.

What this lady told me weakened me. I am surprised she is not dead. But I fear she might very soon if help does not come her way.

I eventually got to speak with her family members who told me the beatings are too rampant. Some months ago, he beat her badly and left her for dead in the rain outside their house.

I have two challenges at the moment and that is why I am sharing this.

1. My phone wiped off some contacts including those of the people (NGOs) I would have reached out to for help over this matter. I need an NGO ASAP. I have this girl’s contact as well as those of her husband and the doctor.

2. This incident happened in Lagos and I am far from there at the moment.

Nigerians, please help save this life. Thank you.”