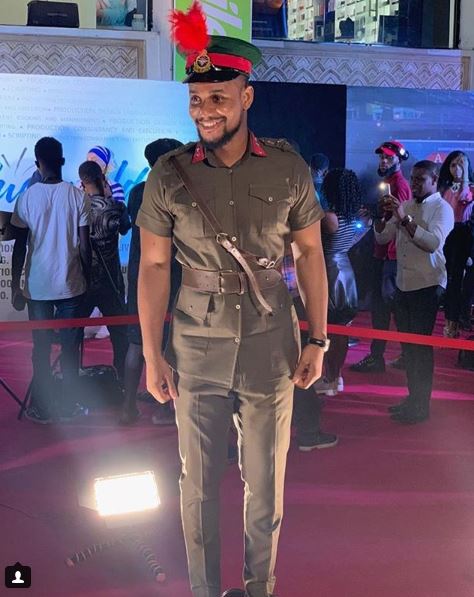 Alexx Ekubo
One of the celebrities who made huge impressions at the premiere of Power Of 1 movie in Lagos yesterday was Alexx Ekubo who dressed in a military-styled outfit.
He instantly became the cynosure of all eyes as he brought back the memories of Chief Ojukwu. The young man starred in the movie alongside Ramsey Nouah and Annie Idibia. 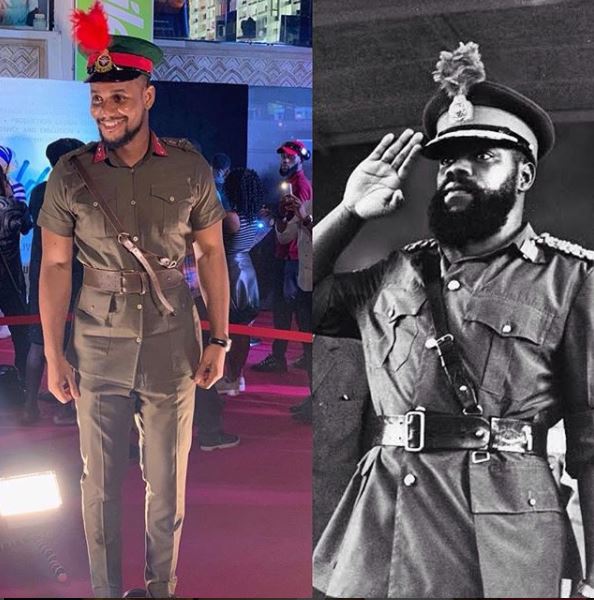 “So I dressed as  General Chukwuemeka Odumegwu Ojukwu to the premiere of Power Of I movie. Premiere a fearless leader who stood for what he believed until his death. Pls rate my look, ladies always say they love a man in uniform. Ladies here is your man in uniform” Ekubo captioned the image.
Alexx Ekubo is one of the most handsome and talented actors in Nollywood.

Spread the love Multichoice Nigeria, organisers of the annual Big Brother Naija, BBNaija, reality television show, has disclosed that the ...

Spread the love  Cee-C Uti Nwachukwu, former winner of Big Brother Africa, has given his verdict on the “most successful ...