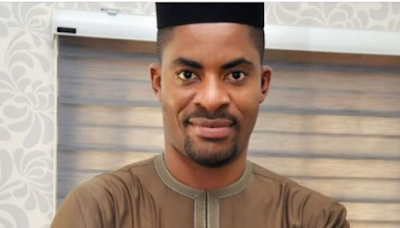 A Wuse II Magistrates’ Court, Abuja, on Thursday, admitted political activist and Coordinator of Concerned Nigerians, Deji Adeyanju, to bail in the sum of N500,000.

Adeyanju was remanded by the court on Tuesday, following his arraignment on charges of cyber-stalking, inciting disturbance and criminal defamation by the police.

NAN reports that Magistrate Idiat Akanni, in her ruling, said the offence the defendant committed is bailable.

Akanni ordered the defendant to produce two sureties in like sum each as bail bond.

The magistrate added that the sureties must be civil servants of not less than Grade Level 12, and must produce an utility bill.

Recall that Adeyanju got into trouble with the authorities when he led a protest to the force headquarters on Nov. 28.

Adeyanju and his group had stormed the force headquarters with banner bearing the inscription: “Police are not politicians; this rally is about saving democracy.”

The protesters were calling on the Police and other security agents to be non-partisan, especially as the 2019 general elections approach.

He was arrested alongside two other campaigners, Daniel Abobama and Boma Williams, and arraigned before the Karshi Magistrates’ Court, which remanded them in the Keffi Prisons in Nasarawa State.

The accused persons were charged with criminal conspiracy, public nuisance, disturbance of public peace and threat to public security and safety, criminal defamatory and derogatory conduct against constituted authority.

They were granted bail by the presiding magistrate, Aliu Kagarko and were able to perfect the bail conditions on Dec. 3.