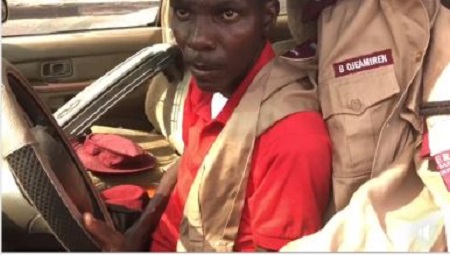 An officer with the Federal Road Safety Corps (FRSC) caused a scene after he was caught in a drunken state following an accident in Lagos.

It was gathered that the FRSC official identified as Mr. B Ojeamiren reportedly bashed a car while driving along the highway and when the driver stopped his vehicle to find out what happened, it was shockingly discovered that the officer who should know better about road safety rules – was very drunk. 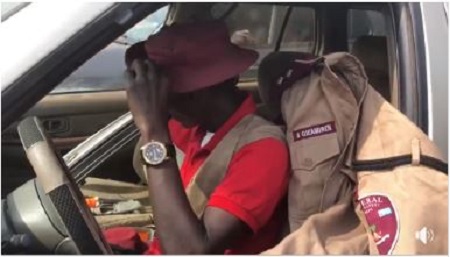 While being reprimanded by road users for driving in a drunken condition in a hot afternoon, the officer couldn’t say anything else other than ‘I am sorry’.

Nigerians are calling on the road safety authorities to look into the issue to prevent accident from the drunk officer which might lead to loss of lives and also because it’s an embarrassment to the commission.