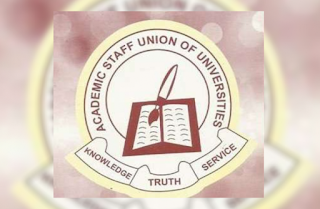 The Academic Staff Union of Universities (ASUU) on Monday continued with its reconciliation meeting with the Federal Government.

Prof. Biodun Ogunyemi, ASUU President who refused to speak with newsmen after the two hours meeting said, “go and ask the Minister of Labour and Employment, Sen. Chris Ngige”.

The meeting which was called at the instance of the minister was aimed at finding ways of ending the strike, which commenced on Nov. 5.

ASUU demands included some areas of understanding in the implementation of the Memorandum of Action agreed to in 2017.

Some of these areas include shortfall in salaries of some Federal universities’ workers and lecturers, earned allowances, revitalisation that are part of 2009 agreement, among others.

Ngige, while addressing newsmen, said the meeting was a continuation meeting from last Monday meeting.

According to him, we gave ourselves some assignment with different Ministries, Department and Agencies (MDAs) on what to do.

“They brought their reports today and we took the reports and we were supposed to do some implementation on the reports.

“So we are going to give ourselves some days for it to be done and to see whether we can accomplish them before Christmas,” he said.

The Minister also denied any walk out by the union, saying there is no walk out, “we held the meeting and we even broke into an executive session and we discussed.

He added that there is no dissatisfaction by the union as “we have already agreed on implementation and we have given ourselves some work plan”.

He, however, said that the only difference for the implementation on the agreement reached was only a matter of days before Christmas for the discussions.

“So that for students who are home, will have some hope of resuming in January and those who have missed their exams this time will also have hope for first week in January.

“So, the issue of shortfall in salaries are being worked on, among other major issues, and I will be meeting with the Minister of Finance tomorrow to find out the stage of implementation of that. So there is progress,” Ngige said.

He also said the meeting was adjourned indefinitely.