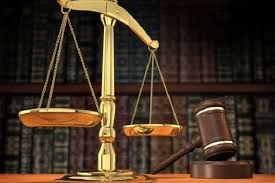 The South Zonal Office of the Economic and Financial Crimes Commission (EFCC), on Monday, arraigned a serving member of the National Youth Service Corps (NYSC), identified as Ogbonna Victor Chibuzor, before Justice Mohammed Liman of the Federal High Court, Enugu, for alleged fraud.

A statement the Public Affairs Officer of the Commission, Mr. Chris Oluka issued, said Ogbonna was arraigned on a five-count charge bordering on intent to defraud and possession of fraudulent documents containing false pretences contrary to Section 6 of the Advance Fee Fraud and Other Fraud Related Offences Act 2006 and punishable under Section 1 (3) of the same Act.

He said, Ogbanna’s arrest was sequel to series of raids carried out by the zonal office over the past one week in which several suspected fraudsters in their early twenties and allegedly into cyber/internet scam were arrested having been found to be living flamboyantly despite having no identifiable means of livelihood.

“Analysis carried out by the Commission on the computer of the suspected fraudster revealed certain incriminating documents intended to be used in swindling gullible Nigerians and foreigners alike.

“One of the documents was addressed to oneAlan Christopher of BG Group Plc,Thames Valley Park,Reading,RG6,Berkshire,United Kingdomwith a rider ‘Your attention is needed’ and a second paragraph talking about a (£12,500.000.00) Great Britain Pounds Sterling unclaimed contract fund.

“Another document found with the accused was a purported Contract Award Certificate to one Michael Morgan of 101 Brooklyn,New York,United State of America, on Directing and Fixing of Oil Spillage in the Niger Delta signed by the Chairman, Contract Tender Board and Chairman, Legal Department of Chevron Nigeria,” he said.

According to Oluka, the accused pleaded not guilty to the charges preferred against when it was read , prompting his counsel E.O. Isiwu move a motion for his bail which was opposed by prosecution counsel, Innocent Mbachie.

The presiding judge, however, granted bail to the accused in the sum of N500,000.00 and one surety in like sum.

The surety he ruled, must have a landed property in Enugu which must be verified by the Commissioner of Lands.

Ogbonna is to be remanded in prison custody until he fulfils his bail conditions. Case was then adjourned to January 30,2019.

In another development, the Commission, has arraigned one Kingsley Ifeanyi Eluma, AKA Doctor Eluma, Managing Director of EEAL Global Links Nigeria Limited before Justice Liman on two -count charge bothering on obtaining the sum of N2, 452, 500 million under false pretences.

He pleaded not guilty to the charges and was subsequently remanded in prison custody pending the perfection of his bail conditions.