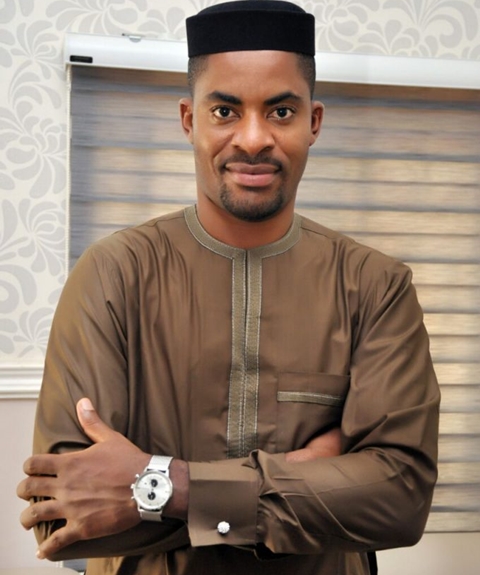 The Nigerian Senate has mandated its committees on police and judiciary to probe the arrest of Deji Adeyanju, convener of Concerned Nigerians, TheCable reports.

The decision to investigate Adeyanju’s arrest was sequel to a motion sponsored by Dino Melaye, senator representing Kogi west.

On Thursday, Adeyanju was arrested by the police for a murder case that he and some of his associates were discharged and acquitted.

He stood trial for the case in Kano in 2000. Before Thursday’s arrest, Adeyanju who is known to be very critical of the President Muhammadu Buhari administration had spent eight days in custody.

He was arrested on November 28 and eventually released on December 3. Adeyanju is standing trial on a two-count charge bordering on cyberstalking, inciting disturbance and criminal defamation.

While moving the motion on the floor of the senate on Tuesday, Melaye said the constitution guarantees freedom of expression of citizens.

“One of my constituents named Umar Adeyanju Deji was invited by the Nigerian police having been arrested twice for protest. He is a pro-democracy activist. He has been arrested twice by the police and released on bail for organising protest in the defence of human rights and democracy,” the lawmaker said.

“This activist was again rearrested last Thursday on the orders of the inspector-general of police (IGP) over a matter that took place in Kano in the year 2000, specifically about 18 years ago. Mr president this matter was decided by a competent court of law in the Kano division of the high court of justice.

“The court of justice A. M Haliru, the judgement has been given and Deji Adeyanju and two others have been discharged and acquitted. Mr president I have the judgement here that I will lay before the senate. We are in a democracy, where our rights should be allowed.

“We have no other place to cry except to the senate. It is time for this senate to stand in defence of the common man, to stand to defence of Deji Adeyanju.

“As I speak, yesterday conclusions have made to take him to Kano for a matter that has been decided in a competent court of law. Mr president we need to defend Deji Adeyanju and every Nigerian.”

The senate adopted the motion after it was put to a voice vote by Senate President Bukola Saraki.

Thereafter, Saraki referred the matter to the committees of police and judiciary to report back to the upper legislative chamber within a week.