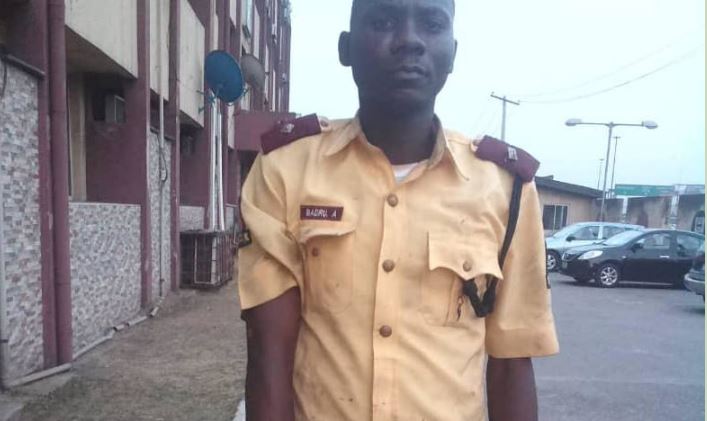 An Army officer Isiya Usman dressed in mufti and three others on Tuesday abducted an official of the Lagos State Traffic Management Authority (LASTMA) Afeez Badru, who stopped him from passing the BRT Lane.

The incident occurred in Maryland. Badru was taken Marda Barracks opposite St. Dominic Church, Yaba and detained for seven hours.

He was allegedly forced to write an undertaking that he vandalised the soldier’s bus and responsible for the loss of his (Usman’s) phone, which he bought for N120,000 in Mali.

After written the undertaking, Badru was freed to the LASTMA men that came for his release.

According to an eyewitness, Badru and other LASTMA patrol team stopped Usman, who drove in Toyota Hiace Bus marked KMC 648GE on BRT Lane.

He said: “As Badru tried to snap the bus, the man (Usman) came out with a dagger and started stabbing Badru. Three others in the bus came out to drag Badru into the bus. Their actions infuriated passersby, motorists and Okada riders. The motorcyclists smashed the bus back windscreen.

“The bus zoomed off. The motorcyclists chased the bus and blocked the road at Anthony Bus Stop. They also try to break the front windscreen before the soldier drove past them.” 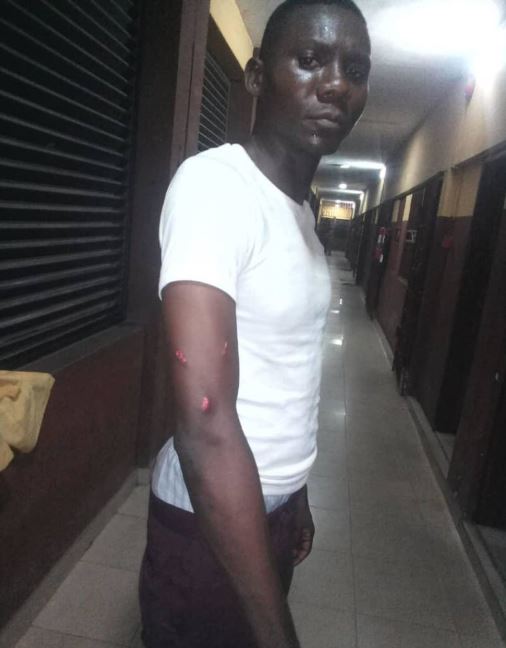 Afeez Badru on being released from detention

According to a LASTMA official (name withheld), Badru was beaten in the bus.

“Badru’s phone got spoil in the process of dragging him into the bus. The three men in the bus smashed a big iron on Badru’s head while taking him away. He was also beaten at the barracks,” he said.

The Nation learnt that the soldiers threatened to deal with some LASTMA senior officials that went to the barracks to rescue him.

“He was not released until he was forced to write undertaking. The soldier said he bought his lost phone in Mali where he went for Peace Keeping assignment,” he said.

Adu said: “The public especially force men should stop harassing our men. They should stop flouting traffic rules. The bus is even untainted. The attack is getting too many. We are out to ease traffic and serve the people. Be it uniformed men and civilians. It is getting too many for God’s sake. They should allow our men to do their job. Our official Rotimi Adeyemo was killed by a uniform officer last month. This month will be two years another official, Bakare Olatunji was killed. This is getting out of hand.”