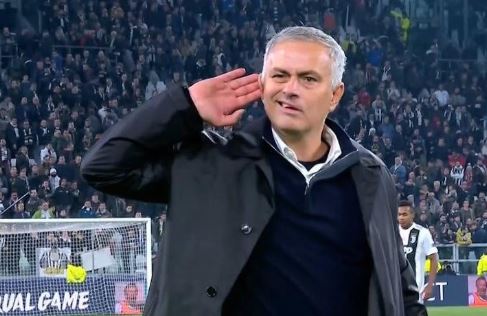 Former Manchester United manager Jose Mourinho has told reporters that he has nothing to say about his dismissal, a day after he was booted from the hotseat at Old Trafford.

The Portuguese led the Red Devils to Europa League and domestic success during his tenure at the helm, but a poor run of form across the first half of the 2018-19 campaign has seen him pay the price.

Former United forward Ole Gunner Solskjaer has taken charge on an interim basis until the end of the season.

And, while much of the football world has been discussing United’s decision and what the future might hold for Mourinho, the departed manager was not entertaining questions as he appeared publicly for the first time since the news broke.

Trailed by members of the media as he left his house in London, Mourinho responded to queries by saying: “Let me walk. I have nothing to say.”

Originally arriving at Old Trafford in 2016 to replace Louis van Gaal, Mourinho endured a tough domestic campaign in the Premier League during his first season in charge, but brought the club silverware in both the Europa League and the League Cup.

He then took United to second in the Premier League during the 2017-18 campaign, ensuring Champions League football for the second season in a row at Old Trafford, and had only secured progression to the last 16 last month.

But his strained relationship with key signings at the club, namely Paul Pogba, saw rumours of a split between him and the squad, and a 3-1 loss to Liverpool on Sunday effectively ended any title ambitions for the third season in a row.

Despite his glittering career across the rest of Europe, the 55-year-old was unable to convert his time in his coveted position at the Red Devils into the success he attained elsewhere at the likes of Porto, Premier League rivals Chelsea and Serie A side Inter.

With United sixth in the table at the end of Mourinho’s tenure, Solskjaer’s reign will begin with a trip to the Norwegian’s former club Cardiff City on Saturday.