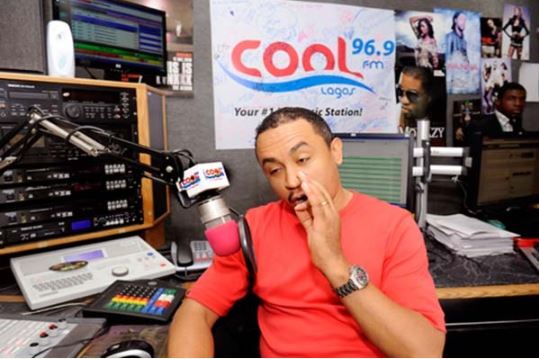 Well, the leader of Free the Sheeple Movement, Daddy Freeze has asked those celebrating Christmas to stop fooling the world into believing it’s Christ’s birthday when it’s actually a pagan god, Nimrod’s birthday.

The controversial On Air Personality was reacting to a video where an American pastor, Brother Benx disagreed with Christmas and Easter celebration stating that there was no biblical documentation to back up such dates.

Daddy Freeze added that birthdays are pagan rituals under pagan gods and not of Christian origin. He went further to add that Christ never celebrated his birthday or any birthday at all.

“You can’t just conjure up a date and fool the world into believing it’s Christ’s birthday when it’s actually Nimrod’s birthday that coincides with the winter solstice of the druids and pagans.

Christ NEVER celebrated his birthday or any birthday at all, so why bring him into your pagan rituals and under your pagan gods?

At the request of pagan ruler Herod Antipas step daughter Salome, at his birthday party, John the Baptist was beheaded.

Birthdays are of pagan, NOT Christian origin! Celebrate your birthdays all you want, JUST KEEP CHRIST OUT OF IT! ~FRZ”