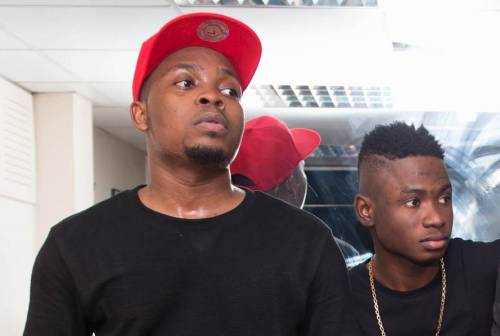 Olamide and Lil Kesh
Olamide Adedeji, the Nigerian musician who is popularly known as Olamide, has come out to defend his controversial new single with Lil Kesh, ‘Logo Benz’.
The song, which was released on Wednesday, has been greeted with controversy by Nigerians on social media, with many of his fans criticising the artistes for promoting criminal means of making money.
While many have called for the song to be banned, because of its explicit lyrics and references to ‘blood money’, a few of Olamide’s fans have stuck by him, insisting there are no rules that state that the song should be taken on surface level.
Olamide also took to Twitter on Friday morning to attempt to explain the idea behind the song.
His post read: “Logo Benz is for the 3rd party to have a glimpse into the current state of youths in our society. (Runs girls x runs boys) I’m not sure if there’s anything like too much awareness, but pardon me if there is. It’s all over the news, it’s always been in movies. Don’t box musicians.” 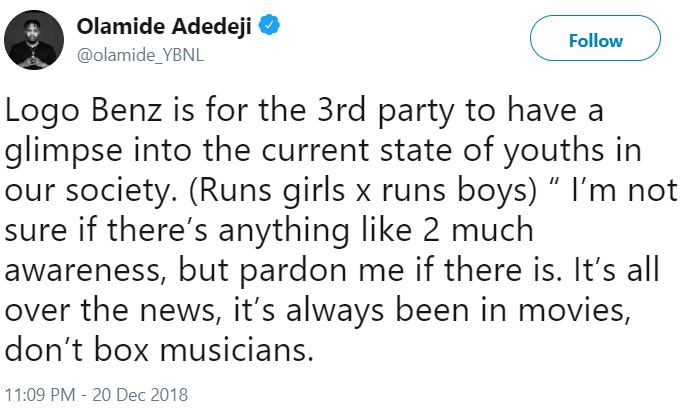 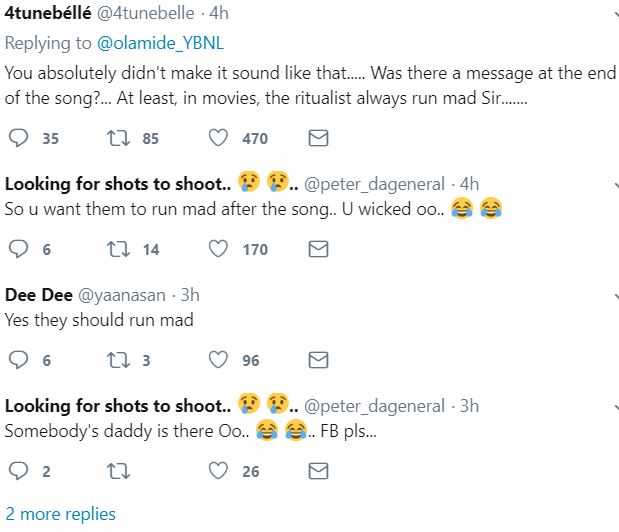 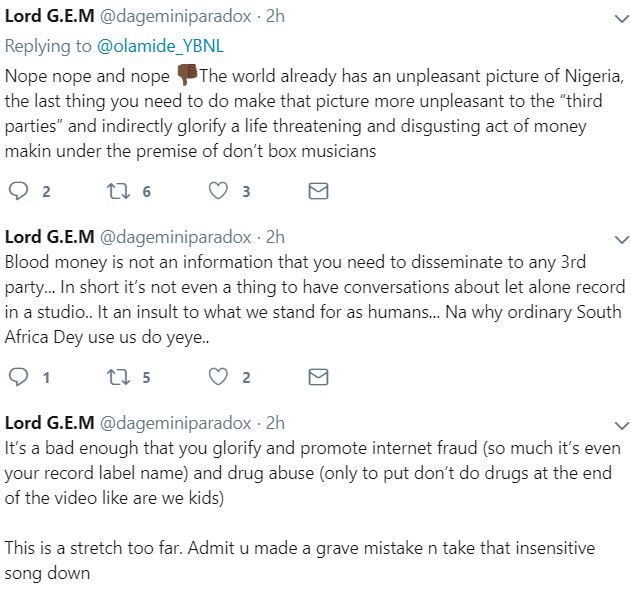 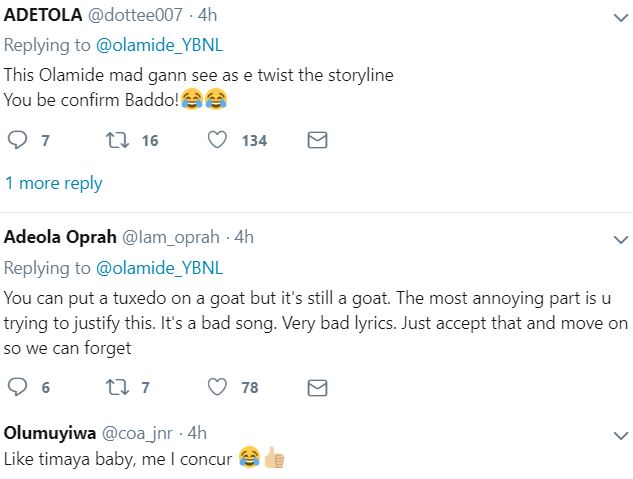 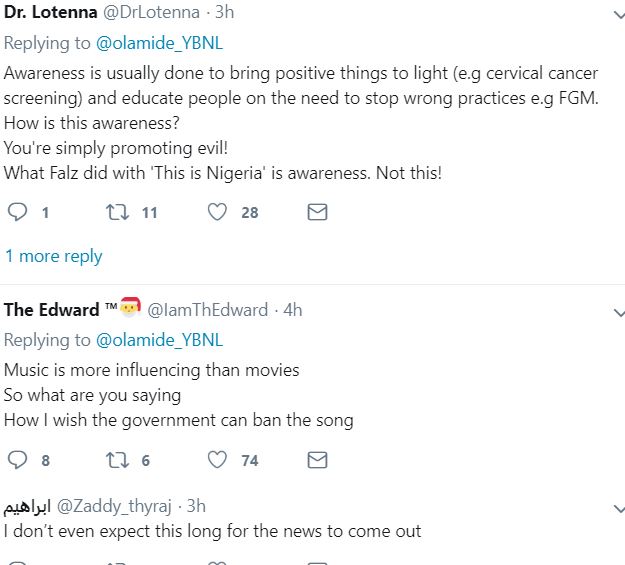