Olamide reacts as Nigerians attack him for promoting ‘blood money,Yahoo’ 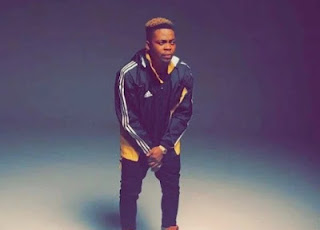 The musicians had come under attack because their new song titled ‘Logo Benz’ had lyrics like “If money no enter I go do blood money” and Nigerians aren’t finding it funny at all.

The song which since its release on Thursday stirred divergent reactions from Nigerians, especially on social media.

Some Nigerians condemned the singers for such lyrics said to be encouraging youths to engage in ritual killings and fraudulent acts for money.

The singer said the song was meant to create awareness about the current state of youths in our society.

He tweeted, ”Logo Benz is for the 3rd party to have a glimpse into the current state of youths in our society. (Runs girls x runs boys)

“I’m not sure if there’s anything like 2 much awareness, but pardon me if there is. It’s all over the news, it’s always been in movies, don’t box musicians.”