Two Women Steal Clothes In A Boutique, Hide Them In Their Underwear (Photos) 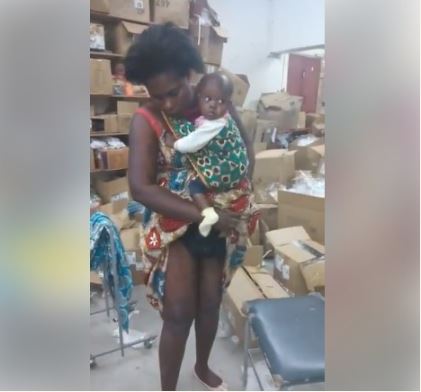 One of the alleged suspects

Supermarket and boutique staff have upped their game in order to prevent and apprehend thieves who disguise as customers to steal especially during the festive period.

Two women including a nursing mother were recently nabbed in a women’s boutique after stealing clothing items and concealing them in their underwear. 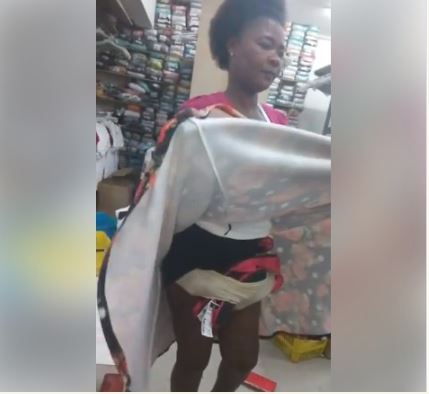 Facebook user Emeka Johnson who lives in Abuja, revealed that the two women pretended to be shopping at the store while using the opportunity to steal some clothes.

They were reportedly seen on CCTV by one of the staff who apprehended them and forced them to bring out the stolen items from where they were hidden.

Further details were not given as to what later happened to the women after the items were recovered.