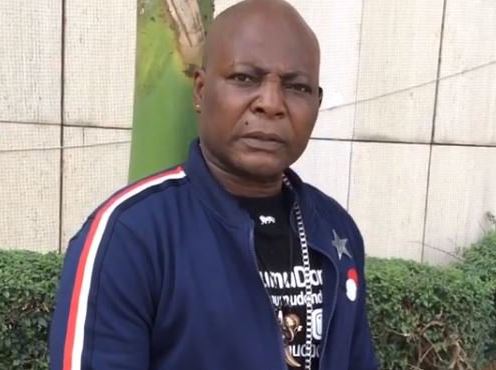 Entertainer and activist, Charles Oputa, popularly called Charly Boy, made the news recently when he announced that he was going to divorce his wife and marry her the next day. The Area Fada actually acted true to his words as a marriage ceremony was held in honour of him and his wife of 40 years, Lady Diane.

Speaking to Saturday Beats about the secret of his marriage of 40 years, Charly Boy noted that his ability to build a healthy friendship with his wife had kept his home together.

“Marriage is a game of management and perseverance that young people find difficult to conform to. Life comes with its own problems; one can never know what is around the corner. Even though a couple is compatible, there will still be some issues they don’t agree on.

Friendship is what has kept my marriage peaceful.

“When someone is your friend; it will be easy to open up to such a person. To attain that kind of friendship, there has to be mutual respect between the two people. Addressing issues with openness makes life easy, every problem has a solution. I don’t think some young people are willing to make all these sacrifices. They are always in hurry, they don’t think about the future.

Oputa, who has been in three failed marriages, said he married the women he was involved with in those marriages for the wrong reasons.

“I won’t add the conditions of my past marriages to my experience because my case is a little different. I have always seen my father and mother together in love even though they quarrelled and argued overtime. This made a big impression on me, I admired them. I loved those kinds of things.

“I was not ready for marriage when my first marriage took place. My mother forced me to get married. I was busy impregnating people instead of reading my books, so my mother made sure I got married to curb my excesses as a teenager.

“I was 19, and my mother brought her to me. The second one was when I was in my 20s, I wasn’t even ready as well, it was just to get myself settled in the US, but I later realised that the US wasn’t a place I could settle in. The marriage lasted for about three years, and I cut my stay in the US short because I experienced racism. I was almost killed because of the colour of my skin. Those things made me hate America; my uncles never believed I would return to Nigeria. After the second marriage failed, I married the third woman in America for the wrong reason,” he told Saturday Beats.

The entertainer said that he never knew he would be married to his current wife and he told Saturday Beats the details of his love story.

“This is my fourth marriage; I wasn’t even expecting to marry my wife. She came one day after we had been dating for a while and told me that if I didn’t marry her, she would leave me. I thought it was going to end like the others. We got married shortly after that with only one witness present at the registry.

“That was all that we did; there was no party at all and we are still together after 40 years. My parents didn’t even want me to marry someone who didn’t come from Nigeria. I was just against too many battles. I decided that my marriage must work. We have learnt how to manage ourselves through any kind of stormy weather. Marriage is not easy; I can’t say I am living in paradise because I would be lying.

“The essence of a true marriage is not about a flamboyant wedding. My father taught me the art of a simple life, I am happier that way. I used a tricycle to renew my vows because I am a simple person. Expensive things don’t define me, money doesn’t move me, and I don’t show off. I was implying that I wanted to renew my vows on December 15; some people didn’t get the joke. I was not trying to say I would actually divorce my wife and remarry someone else, I simply meant I wanted to renew my vows,” he added.