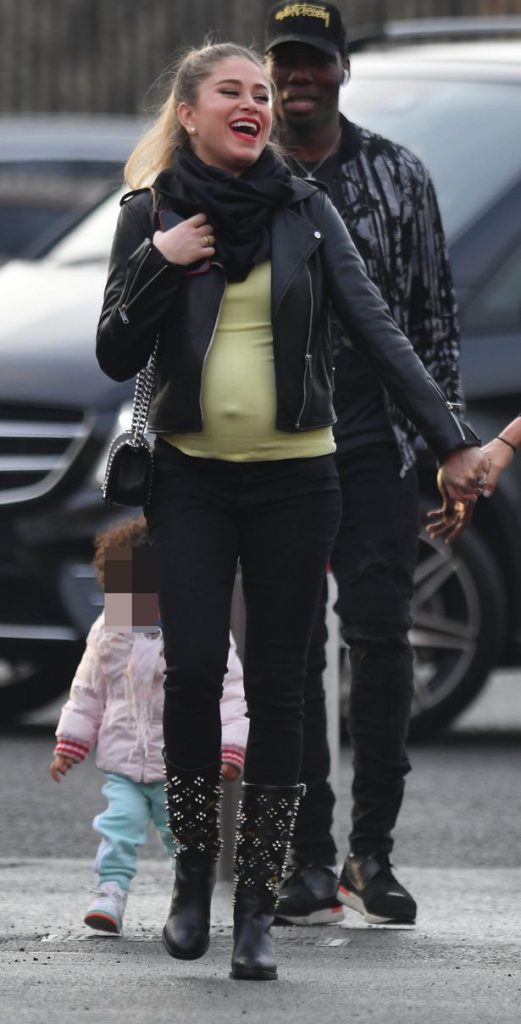 The heavily pregnant Bolivian was among the 75,000 people in attendance as her man stole the show to help put the Terriers to the sword.

Things are looking good for Pogba and once again he was at his majestic best as he netted twice in a 3-1 win over David Wagner’s side.

The 25-year-old Frenchman has been given a new lease of life under Ole Gunnar Solskjaer, and is due to become a father in 2019.

Salaues, 23, wore a black leather jacket with a yellow top and had her baby bump out on display for all to see as she watched Pogba from the stands.

However, there is more than one expectant father in the Manchester United dressing room, as Pogba’s teammate Victor Lindelof and his wife Maja are due to become parents too.