Caretaker Sues Tenant For Revealing Her Rent To Other Co-Tenants 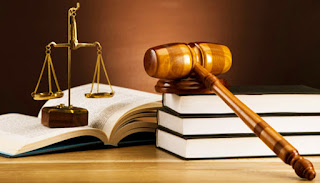 A caretaker, Abdul Bello, on Wednesday dragged Khadija Afolabi, a tenant, to a Sharia court sitting at Magajin Gari, Kaduna, demanding her evacuation from the compound because she disclosed her rent to other tenants who paid higher rates, Punch Metro reports.
The complainant accused the defendant of not keeping to her promise of packing out of the house three months ago when she was served with a notice from the landlady, Hajiya Farin-Dutse.
Bello explained that the house, located at No 24, Yoruba Road, contained two flats. He said that Afolabi took one flat and had been paying an annual rent of N130,000 for four years, while the other tenant was paying N150,000 “She begged me to talk to the landlady to consider her financial status and accept N125,000, which I did, and the landlady agreed but only accepted N130,000,’’ he explained. The caretaker accused the tenant of revealing the amount she paid to the other tenant, an act he described as gossip; and which triggered a misunderstanding between the landlady and the other tenant. He prayed the court to compel Afolabi to pack out of the house immediately, since her rent had expired since December 18, 2018; and as the landlady had already given out the flat to her cousin. In her defence, the defendant denied any act of gossip in the matter, adding that she had been paying her rent diligently. Judge Musa Sa’ad-Goma, after listening to both parties, ruled that Afolabi should pack out of the house on or before January 8.