Tinubu in charge of my campaign – Buhari declares 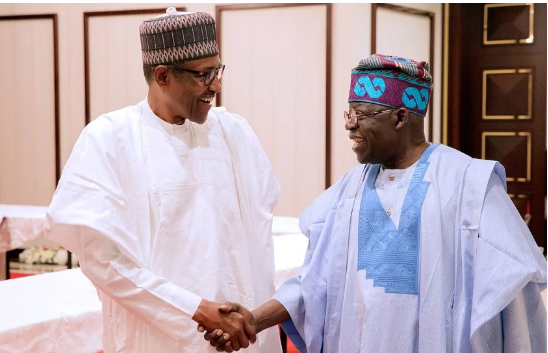 President Muhammadu Buhari has given full charge of his re-election campaign for 2019 election to the national leader of the All Progressives Congress (APC), Asiwaju Bola Tinubu.

He made the announcement while launching the APC Presidential Campaign Council at the Abuja International Conference Center on Monday.

He, however, assured that he will participate fully in the campaign.

He said: “Even though we have only 40 days, this campaign is going to task us all because we intend to touch all corners of our great and vast country. But I must also add that, though we will all be deeply involved, I would like to assure the nation that I will do my part without making governance or my work suffer.

“Asiwaju Bola Ahmed Tinubu, my co-chairman, will be fully in charge and is going to be on 24-hour vigil.

“That is to say, the operational buck of this campaign stops at his table, and I, therefore, urge all of us in the leadership of this campaign, in the field operations on the campaign trail and in the Secretariat to consult with Asiwaju whenever guidance is needed.

“It is on this note, and in the name of God, that I now have the pleasure of inaugurating the APC Presidential Campaign Council 2019.”

Meanwhile, Rotimi Amaechi, Minister of Transport, has been inaugurated into the Presidential Campaign Council of President Muhammadu Buhari in Abuja on Monday.

This is despite the emergence of leaked audios in which Amaechi allegedly criticised Buhari as someone who “doesn’t care” and “doesn’t listen to anybody”.

Apart from Amaechi, who is the sole Director-General, of the campaign council, others are Bola Tinubu, National Leader of the party, who along with President Muhammadu Buhari is the Co-Chairman; and Adams Oshiomhole, National Chairman, who joins Vice President Yemi Osinbajo as the two deputy chairmen.

THE APC PRESIDENTIAL CAMPAIGN COUNCIL is as follows:

a. Deputy Director I- Chris Hassan

a. Deputy Directors – Brigadier General Gambo and Mr. U. Ukoma

5. All APC serving and former Governors

6. All APC Members of the House of Representatives

7. All members of the National Working Committee of the APC

1. Governors are to serve as State Coordinators in their respective states

2. Gubernatorial Candidates in non- APC States will serve as State Coordinators in their respective states