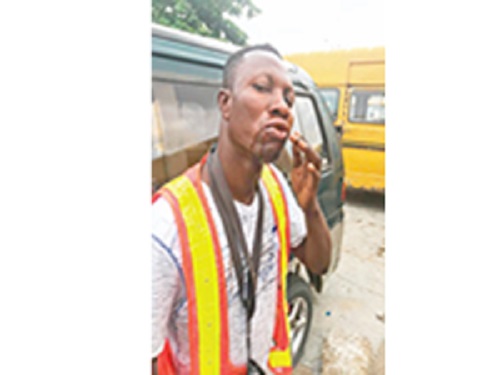 Some officers of the Lagos State Traffic Management Authority (LASTMA) are being investigated for allegedly collecting N40,000 bribe, NewTelegraph has revealed.

The officers were arrested for reportedly demanding money from a lady, who contravened the traffic laws of the state.

A source said the officers demanded N75,000 and even went with the lady to the nearest Automatic Teller Machine (ATM) gallery, where she withdrew some money and later gave them N40,000. It was only after she had given them the money that they allowed her to go.

This was even as officials the Lagos State Task Force yesterday arraigned 13 staff of ‘Seven-Up Bottling Company,’ for allegedly assaulting LASTMA officers.

The source said: “Governor Babajide Sanwo-Olu’s attention was drawn to the incident by a relative of the lady, who narrated how the LASTMA officers ferried the woman to the nearest ATM gallery to withdraw N40,000. The officers demanded N75,000 bribe from the lady, but she eventually parted with N40,000.”

The task force Chairman, Olayinka Egbeyemi, disclosed that the enforcement team of the agency arrested the 13 staff of ‘Seven Up Bottling Company,’ after they assaulted LASTMA officers and injured three in the process.

The officers were attacked, while attempting to tow a truck, marked MUS 75 XX, belonging to the company for causing a gridlock.

Egbeyemi said: “The prosecution of these 13 workers became imperative to serve as deterrent to others, who might want to attack law enforcement officers in the course of enforcement of Governor Babajide Sanwo-Olu’s ‘Executive Order’ on traffic offenders across the state.

“It was disheartening that officers employed to safeguard members of the public are always being attacked by same people whose interest we are trying to protect.”

One of the injured officers, Mr. Kazim Abayomi, who was taken to the Lagos State University Teaching Hospital (LASUTH) for treatment, said the drivers and workers of ‘Seven Up Bottling Company,’ always engaged them in physical confrontation, often with weapons.

According to him, this usually happens whenever LASTMA officers complained of their company’s trucks being parked illegally by road side.

Magistrate Olajuwon Amos of the Lagos State Mobile Court, who presided over the case, adjourned commencement of trial till August 8, 2019, after the accused all pleaded, ‘not guilty.’

All the accused were charged with assault and conduct likely to cause breach of peace, under part III, Item 26’ of the Lagos State Traffic Sector Law.