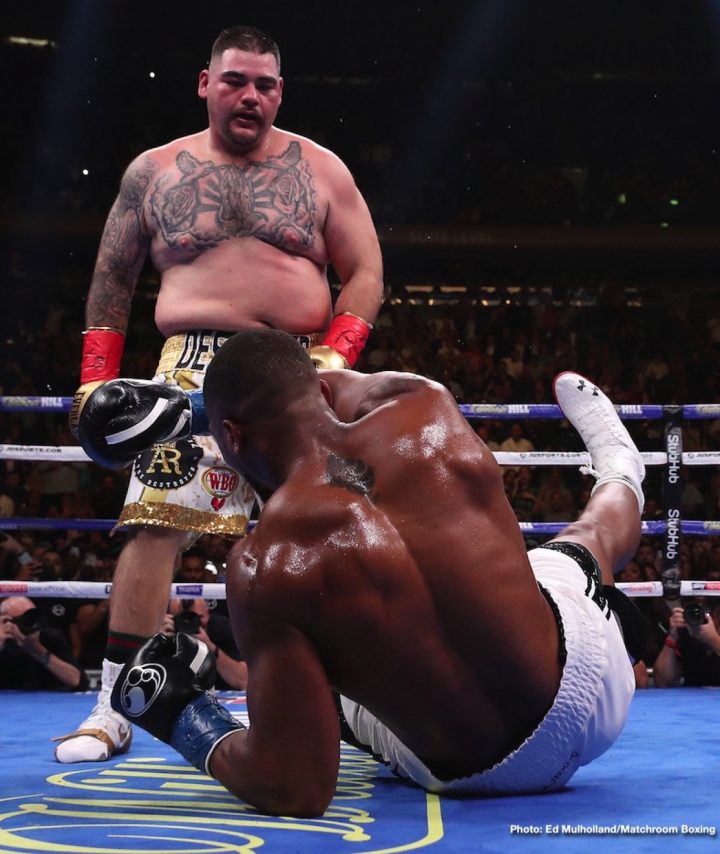 Andy Ruiz Jr. has sensationally claimed that Eddie Hearn started the rumour that Anthony Joshua was knocked out in sparring shortly before losing to the Mexican at Madison Square Garden.

AJ looked a shadow of his usual self as he hit the canvas four times before the fight was stopped in the seventh round, with Ruiz claiming the WBA, IBF, WBO and IBO heavyweight belts.

A rematch will take place in either November or December and Ruiz anticipates a repeat of what happened in New York, while he has dismissed the rumours surrounding Joshua’s performance.

Asked about the speculation surrounding AJ’s poor showing at a press conference in California on Friday, Ruiz said: “You know what, I think Eddie Hearn or his people are trying to get something [out there about] why he lost like that you know.

“For the rematch it’s going to be the same, man, and I’m going to be even more prepared, more ready, I know his flaws, I can do a lot better.”

“I think the only thing he can do is just run around you know, like he’s not good at boxing, he’s not a good boxer. But it’s going to be a hell of a fight for Ruiz-Joshua II.”