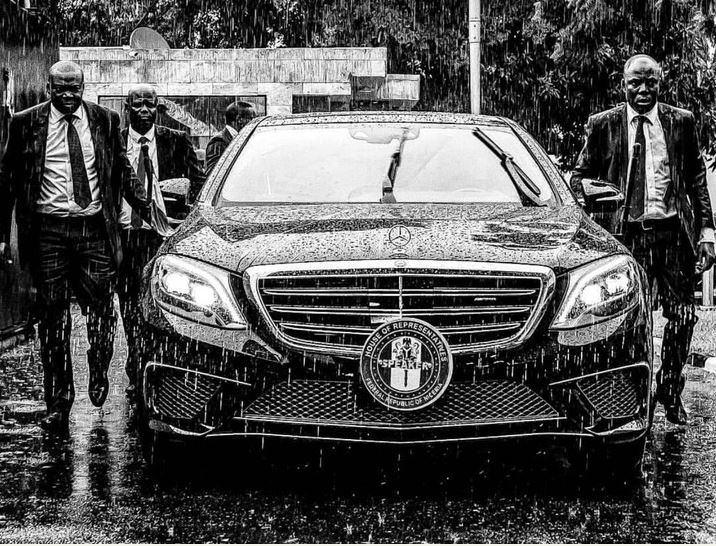 Security aides to the Speaker, House of Representatives, Hon. Femi Gbajabiamila have been spotted running after his car inside rain leaving tongues wagging on social media.

The photos were taken on his recent visit to Lagos State on Saturday 22nd June, 2019. Some social media users have frowned at the photos saying no body should be treated as god, especially for elected politicians who should serve the people, as all men are equal.

However, some people have said the security operatives were just doing their job.

The photos have elicited comments on social media. 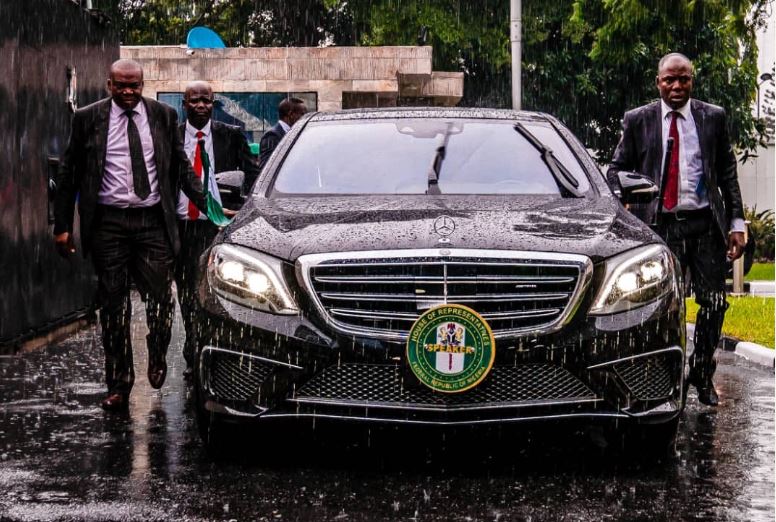