I Forced The Coach To Play Me – Ahmed Musa 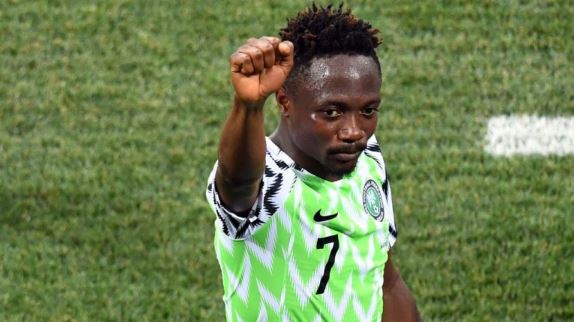 Ahmed Musa said he virtually forced Super Eagles’ coach Gernot Rohr to allow him play a part in last Saturday’s 2019 AFCON opener against the Swallows of Burundi which ended 1-0 in favour of Nigeria.

Musa was still recovering from an illness few days to the match and didn’t start against Burundi as Rohr deployed Alex Iwobi and Samuel Chukwueze to operate from the wings but the Al Nassr of Saudi Arabia he told the coach he was ready to play.

”I was eager to come in but I know that I fell ill, so the coach talked to me. As you can see Shehu too was ill. At the beginning of the game he was injured, so that’s what the coach was a little bit worried about that.

”Finally I came in and the the game changed and we had the three points, that’s the most important thing.”

”Every first game in a tournament is very difficult, the most important thing is that we have the three points,”

Musa came off the bench in the 58th minute as replacement for former Chelsea midfielder John Obi Mikel.