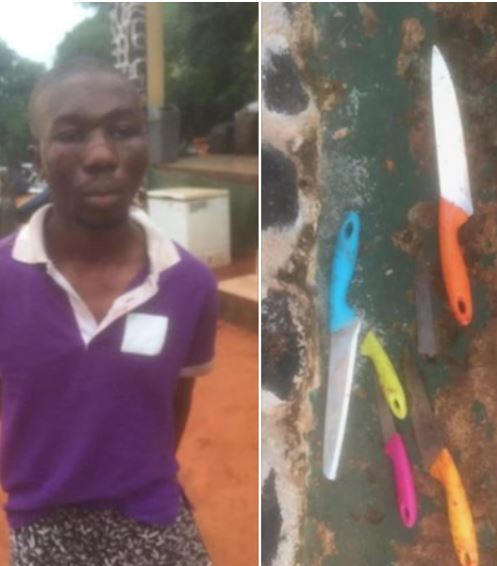 A young lawyer who just finished his National Youth Service Corps programme has allegedly stabbed his younger brother to death in Anambra State, Punch has reported.

According to reports, the 28-year- old suspect, Victor Ohale, stabbed his younger brother, Kelechi Ohale, with a knife in the head and he died on his way to the hospital.

The incident happened at 8, Oraeri street, GRA, Awka, around 4am.

However, the reason for the stabbing of his younger brother could not be ascertained as of the time of filing this report.

The Police Public Relations Officer in the state, Haruna Mohammed, who confirmed the incident said that the suspect and the deceased were from Owerri, Imo State.

He said, “About 04 am, police detectives attached to B’ Division Awka arrested one Victor Ohale, aged 28 years of No. 8 Oraeri Street GRA Agu Awka.

“Suspect allegedly used a knife and stabbed his younger brother, one Kelechi Ohale, aged 19 years of the same address but hails from Emekuku in Owerri North LGA of Imo State in the head.

“Scene was visited by Police detectives and victim rushed to the hospital where he was certified dead on arrival at Amaku Teaching Hospital Awka, by the medical doctor and the corpse deposited at the hospital morgue for autopsy.

“The suspect who was a law graduate from UNIZIK recently returned from the NYSC programme at Owerri in Imo State.”

The PPRO said he was under investigation after which the suspect would be charged to Court.