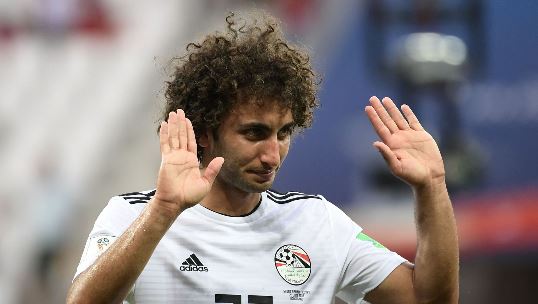 The decision to remove Warda, who plays for Greek club PAOK, was announced on the day Egypt play DR Congo.

The Egypt Football Federation said he was withdrawn “to maintain discipline, commitment and concentration”.

It is understood that Warda’s social media conversations with several women have been leaked onto the Internet, after the Pharoahs’ 1-0 win over Zimbabwe in the tournament’s opening game.

The 25-year-old only appeared as a substitute in that match on Friday.

He is the second player to be sent home from the AFCON following Burundi forward Selemani Yamini Ndikumana.