Housewife Fakes Her Own Kidnap To Raise N5million Ransom 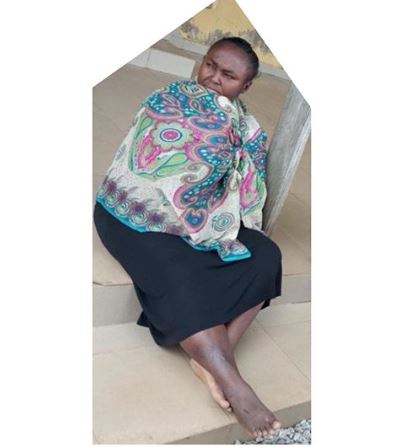 A middle aged woman, Mrs Yemi Samuel on Wednesday explained that she arranged her own kidnap in order to raise money from family members to assist her husband.

The woman who was paraded by the Kwara state police command said her husband is a pensioner with the Kogi state government and has not received his pensions for many years now, making life difficult for them.

Samuel further explained that family members who are financially bouyant have also refused to help them, hence reason for her arranged kidnapped.

“I did it to help my husband raise money to start a busines since the Kogi state government has refused to pay them and the family members are not helping either. I know the family members have money and they will raise the money if they tell them that I have been kidnapped,” she said.

The woman who ran to Ilorin to hide in her rented family apartment said they are residing in Kogi and since people don’t know her in Ilorin, she decided to come and hide in Ilorin.

“I demanded for one million naira ransom (N1,000,000) but unfortunately I was arrested. I know I am guilty but I saw it as the only way to get money since I couldn’t secure job as a graduate of mathematics from UNIAB,” she lamented.

The state commissioner of police while parading the suspect along side others, CP Kayode Egbetokun said Samuel hatched a self kidnapped scenario but was arrested at the Kulende, Sango area of Ilorin after she demanded for N5,000,000.

“She reduced the money to N1,000,000, effort was intensified and N500,000 was arranged by her husband, as well as family and well wishers. She directed them to take the money to Iluke town but she was arrested before the transaction could be effected. She would be arraigned in court soon,” the CP said.