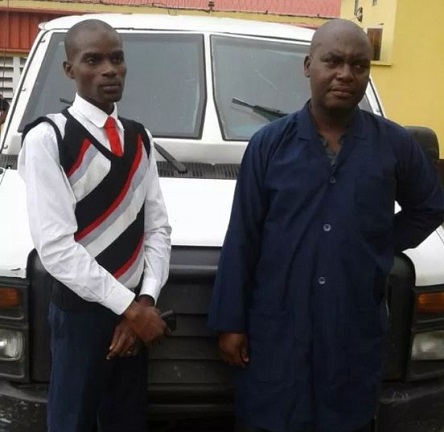 Ezekiel was charged for the offence of driving in a direction prohibited by law (one-way) punishable under Part (III) item 27 of the Transport Sector Law of Lagos State 2018.

The defendant admitted his guilt when the charge was read to him. On asking him to re-affirm his plea of ‘guilt’ again, he changed his mind and said he was not guilty.

The case was adjourned to the 30 July, 2019 for commencement of trial by the Magistrate.

Earler, CSP Olayinka Egbeyemi, Chairman, Task Force disclosed that the driver of the bullion van was apprehended by the enforcement team of the agency around Brown Street, towards Cappa area of Oshodi.

He said the driver of the bullion van, with registration number HK 218 EKY, Bamidele Ezekiel admitted to have driven against traffic in a statement he made to the agency.

“Honestly speaking, I don’t know why some enlightened and educated people within our society just flagrantly disobeyed laws made to regulate free flow of traffic on our roads without any regards to other road users,” he said.

According to the Chairman “It is imperative to urgently re-orientate these bullion van drivers on the need to abide by all traffic regulations and stop the habit of driving against traffic across the State.”

He confirmed that the Lagos State Commissioner of Police, Zubairu Muazu directed that the arrested bullion van driver be immediately charge to court for prosecution to deterred others from this illegitimate act.

However, the driver of the bullion van, Ezekiel, 46, said he committed the offence with one Mr. Kehinde Babalola, a bulk teller with one of the new generation banks, out of the curiosity to deliver money to his destination on time and that he never knew that he would be caught.

According to the driver in a statement, “Yes, I drove one-way and I am appealing to the government to please tamper justice with mercy as I promised never to do such again in my life.”