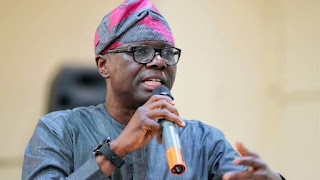 The Lagos State Government has asked residents of the state to ignore rumours that it had reintroduced the monthly environmental sanitation and vehicular restriction.

The state government had on November 23, 2016 cancelled the exercise, which used to hold every last Saturday of the month between 7 am and 10 am.

The then Governor Akinwunmi Ambode administration had said it was no longer appropriate to restrict the movement of people for three hours in a “mega city like Lagos at a time they should be pursuing commercial and entrepreneurial activities.”

However, there had been rumours, especially on the social media, that the monthly exercise had been reintroduced, starting on the last Saturday of June, by the Governor Babajide Sanwo-Olu administration.

But in a statement on Tuesday signed by the Permanent Secretary, Ministry of Environment, Mr Biodun Bamgboye, the state government said no environmental sanitation would take place on the last Saturday of June or any other month until otherwise decided.

Therefore, he said there was no basis for the apprehension by some people.

Bamgboye said one of the “proactive” measures undertaken by Sanwo-Olu was to sign an executive order on zero tolerance for indiscriminate dumping of refuse in the state.

The permanent secretary explained that the governor’s stand on the issue was that if there was indeed a need to reintroduce the exercise, it would be based on the support of the majority of the residents.

Bamgboye added that “the governor is not unmindful of the status of the state as the commercial nerve centre of the nation and will ensure that the general public is duly notified if and when a decision is taken on the reintroduction of the exercise.”