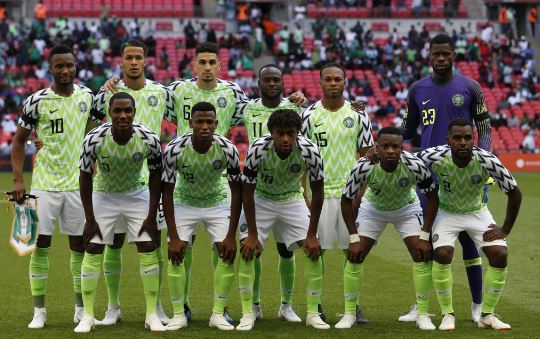 The German now set his eyes on the round of 16 clash against the third-placed team in Group A/C/D or the runner up in Group F next weekend.

Rohr only kept six players that started against Guinea on Wednesday in the starting line-up.

Captain John Obi Mikel who started the Africa Cup of Nations opener vs Burundi on June 22 returned to the lineup.

Goalkeeper Daniel Akpeyi who started the first two AFCON games has been given a rest and Ikechukwu Ezenwa is his replacement in goal.

With fullbacks Abdullahi Shehu and Jamilu Collins unavailable due to fitness concerns, Ola Aina and Chidozie Awaziem as full backs.

Troost-Ekong replaces Kenneth Omeruo and the Udinese star is partnered by Leon Balogun in central defence.

John Ogu will pair Oghenekaro Etebo in the midfield while Alex Iwobi sits on the bench.

Odion Ighalo leads the attack and the former Watford striker is flanked by Samuel Kalu and Ahmed Musa.