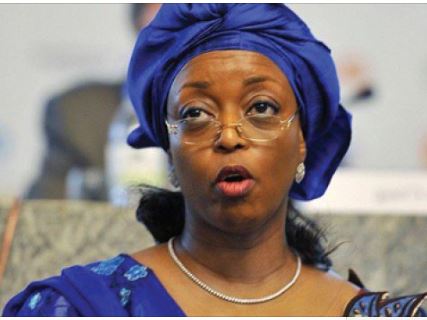 Detectives from the UK are currently in Nigeria to gather more evidence in the probe of Diezani Alison-Madueke, former minister of petroleum resources, who has been standing trial on allegations bordering money laundering.

According to The Nation, the detectives, who met with officials the Economic and Financial Crimes Commission (EFCC), have been in the country for a week in what appeared a final lap of the investigation.

“It is a major case the National Crime Agency (NCA) in the UK has been collaborating with the EFCC to probe,” the newspaper quoted a source as saying.

“A few weeks ago, EFCC Chairman, Mr. Ibrahim Magu, was also in London to compare notes with similar agencies on this case. You will recall that Magu in November 2018 made it clear that Nigeria was tired of waiting for the trial of Diezani by the UK.

“But after the initial issues between EFCC and UK agencies, there were talks which revealed that those at the London end were making painstaking investigations.

“After Magu’s visit to London, the investigation of Diezani assumed enhanced dimension because some grey areas were cleared.

“The coming of the detectives from London was meant to fill some gaps, get additional evidence and crosscheck a few findings on their part.”

The source added that the mutual assistance in criminal matters bill, 2019, signed into law recently by President Muhammadu Buhari, might help in confiscating Diezani’s assets at home and abroad.

“The new law will certainly assist the EFCC and other security agencies in bringing some of these looters to justice,” the source said, adding that the law will hasten EFCC’s action on Diezani and suspicious assets traced to her.

In November, the EFCC had started a process to extradite the former minister, and the following month, the international police issued an arrest warrant for her following a request by the federal government.